It was love at first sight, when I checked out a Mercedes-Benz 508D more than four months ago in Rotterdam. It was built in 1986 and used as an ambulance by the Dutch army. After signing the purchase contract without a concrete plan, I drove with my Mercedes-Benz 209D from Spain to Germany to export the 508D from the Netherlands to Germany.

Importing and registering the van in Germany as a “historic” camper van was kind of a challenge. I managed to drive the van to Berlin by purchasing export license plates and an insurance from GWK Travelex that allowed me to drive the van for two weeks in Europe. At the end of May, my “new” mobile office was finally in Berlin! 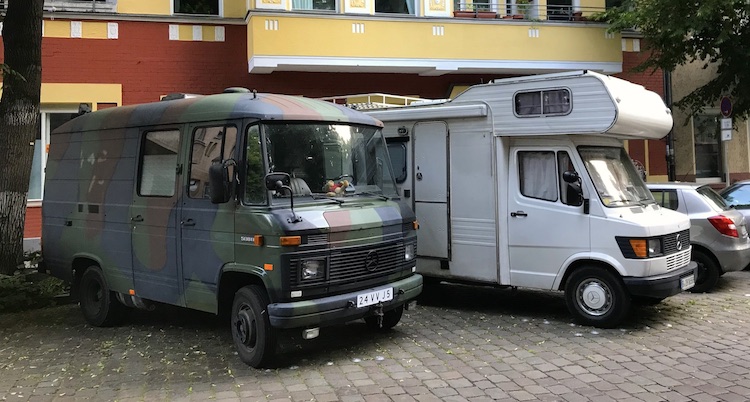 I sold my 209D camper van in June and started converting the ambulance into a mobile office. While measuring the roof for the solar panels, I discovered some rust. The more paint I removed around the tiny rusty holes, the more rust I found. While chasing down the root cause of the rust, I ended up ripping out most of the former interior. 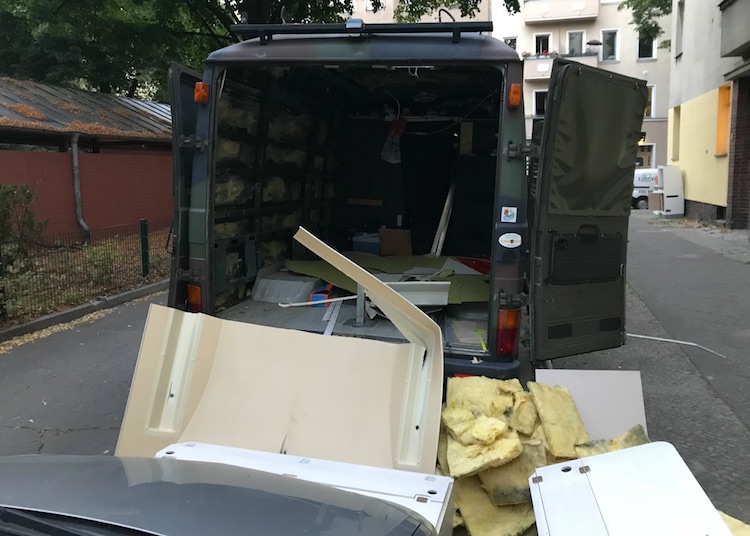 At that point the conversion seemed like a much bigger project than I originally thought.

I did most of the work outside on the streets, so fixing the rust and the holes in the roof was my first priority. Luckily, the summer of 2018 was really dry in Berlin. There was only one day when I had to cover the van to protect it from the rain. 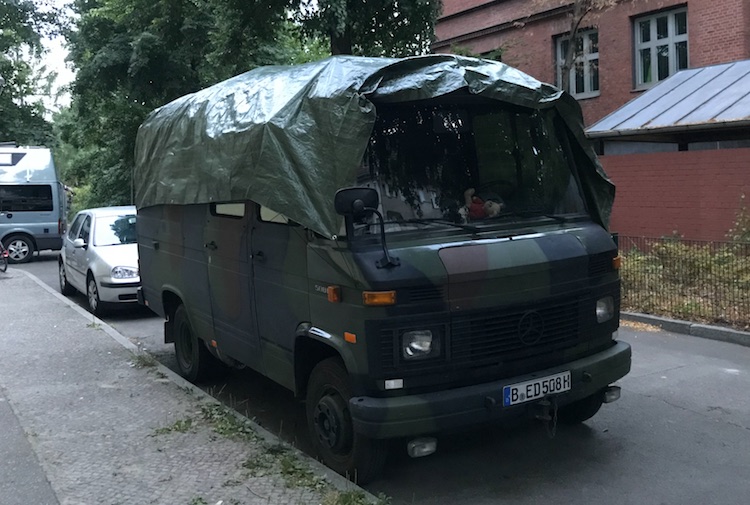 Turning the van into a mobile garage

After fixing the roof and gutter, I installed the solar system. I picked two 250Wp panels that nicely fitted on the roof without increasing the height of the vehicle. 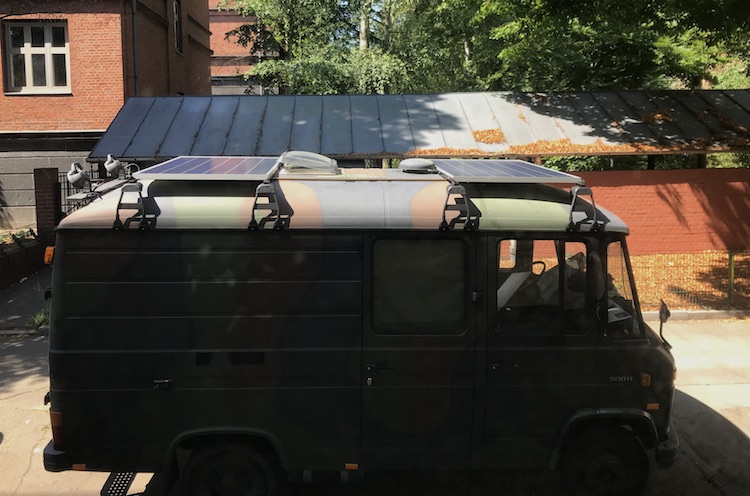 The solar system turned my van into a mobile garage in which I could autonomously operate electric tools like an air-compressor, angle grinder, jigsaw or power drill. There were still a lot things to do before I could even think about building furnitures. Instead of putting a temporary bed into the van that I would have to remove every time I work on the van, I decided to sleep in a hammock hovering over the construction site. 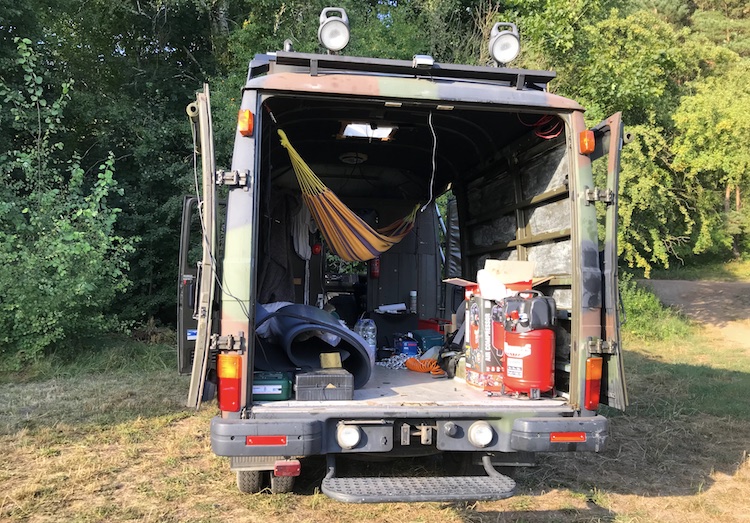 During week days I could work remotely from my provisional office in the spacious driver’s cabin, 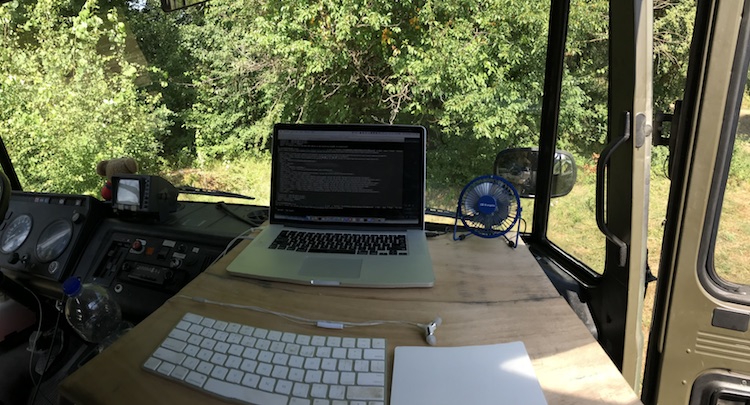 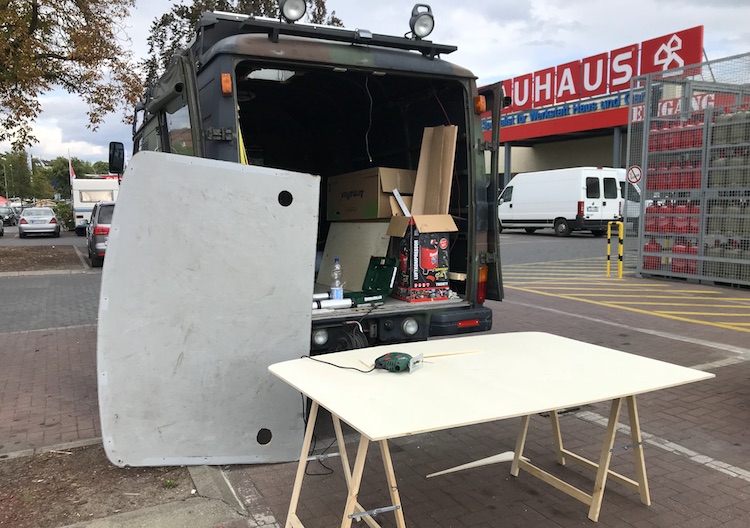 or relax in my hammock. 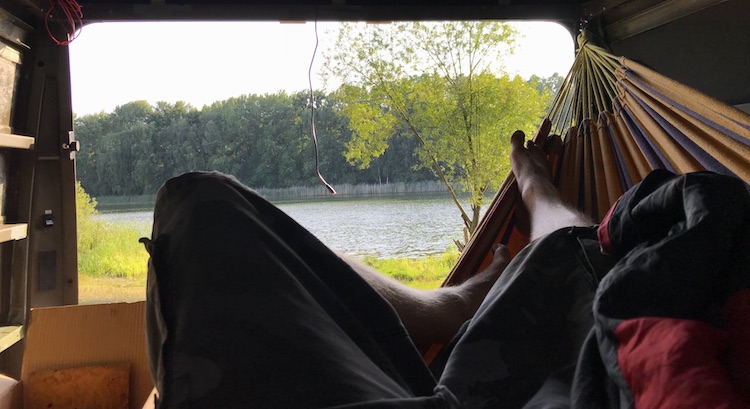 Although I worked on the van almost every day, my todo list constantly grew. The more I removed from the van, the more issues I found. Like rust and holes in the frame holding the windshield 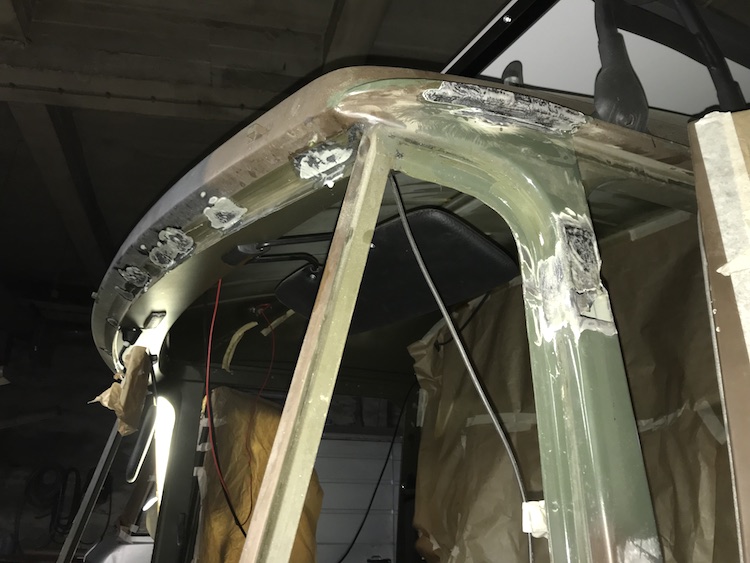 that took a few days to get fixed. 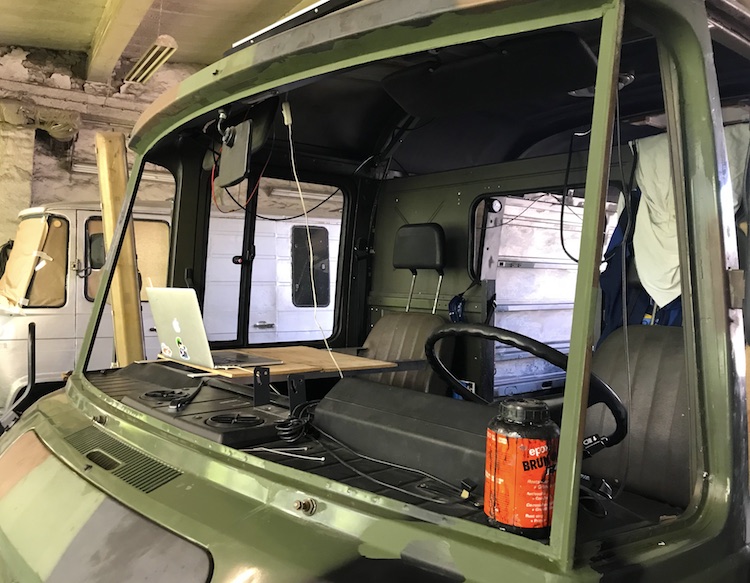 Unsecured wires and relays that used to be connected to the former equipment of the ambulance. 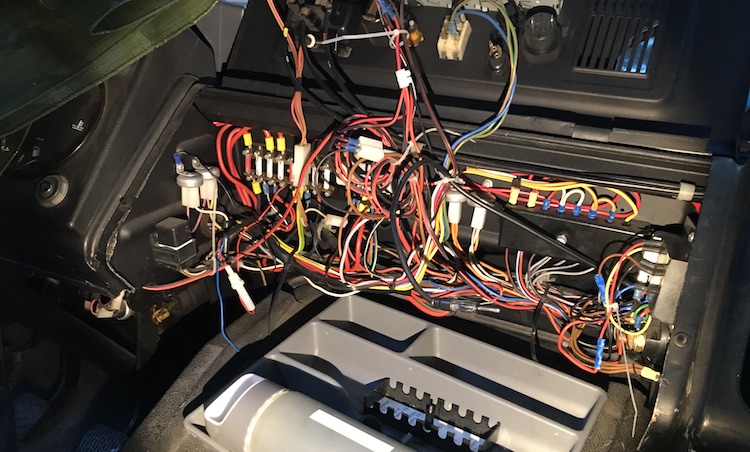 Most of these wires could be removed as they weren’t used any more. 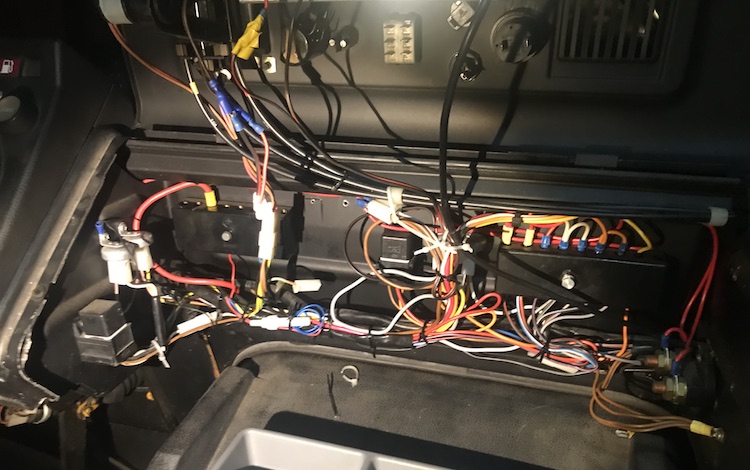 A broken thermostat that I had to replace to prevent the engine from overheating. 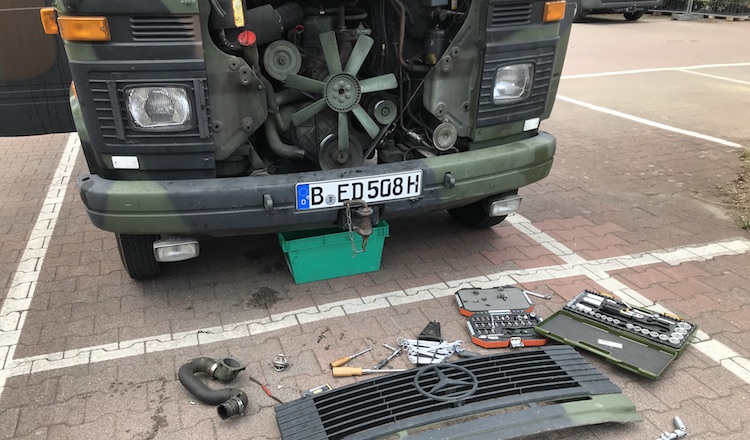 These and many other issues have kept me really busy during my “free” time. I’ve learned a lot within the last couple of months and I’m really looking forward to working on the interior!