I usually only work during the week, so I decided to spend my second morning at Barragem do Divôr surrounding the lake. From hiking around, it was obvious to me that it didn’t rain much during the summer in Portugal. The water was really low and huge parts of the lake bed were dried out.

While I wasn’t that happy about the cloudy sky, the local farmers probably couldn’t wait for the rain to come. Although water seems way more limited, it’s very interesting that there are way more public and free water dispensers in Portugal than in Germany.

Halfway around the lake, I found a burnt down boat. 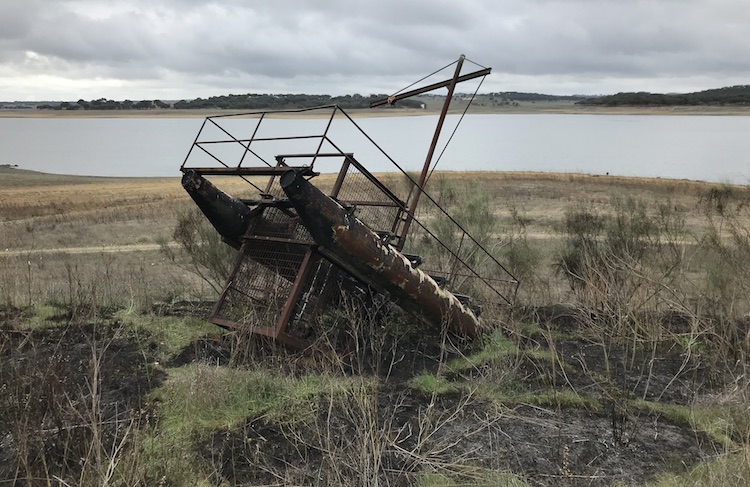 That explained the huge fire that I saw two nights ago, when I arrived. Did someone burn down the boat on purpose? All the burnt grass around the boat didn’t look like that was a controlled fire?

While I was on my tour around the lake, my neighbors surrounded my van. 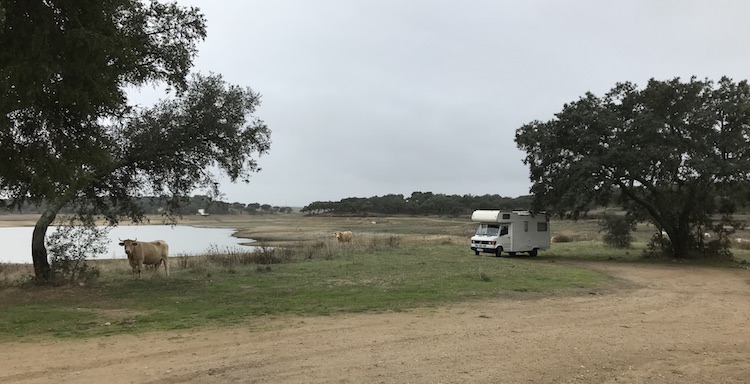 I would have liked to spend more time with my new friends. But when it started to rain slightly, it was time to move further west towards the coast. 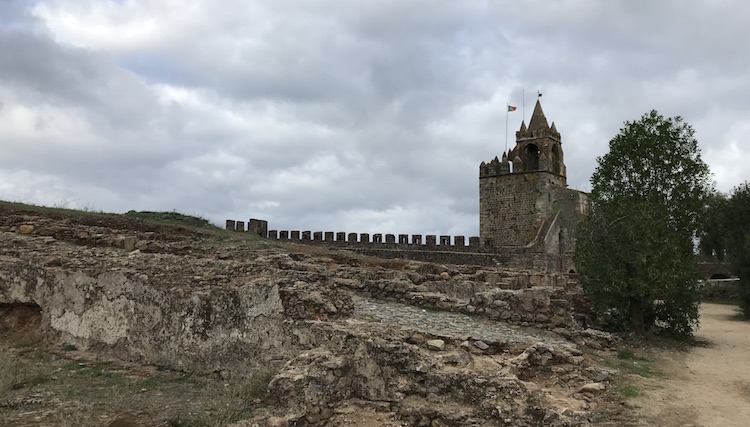 I was more fascinated by the town itself: Tiny cobblestone roads 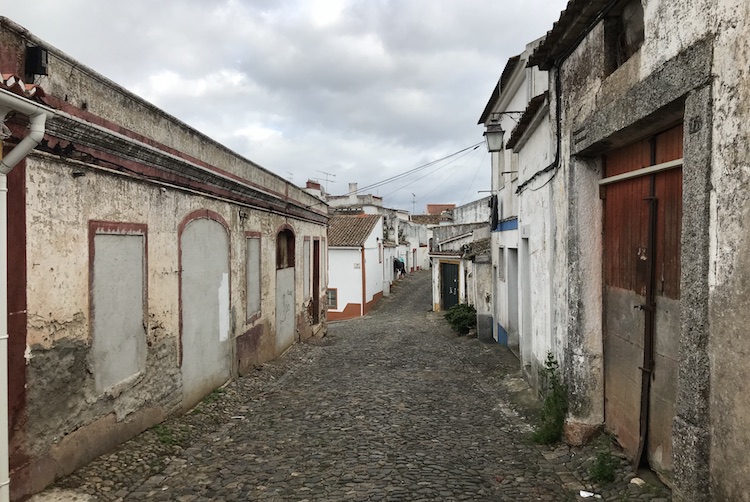 with several old and run down houses. 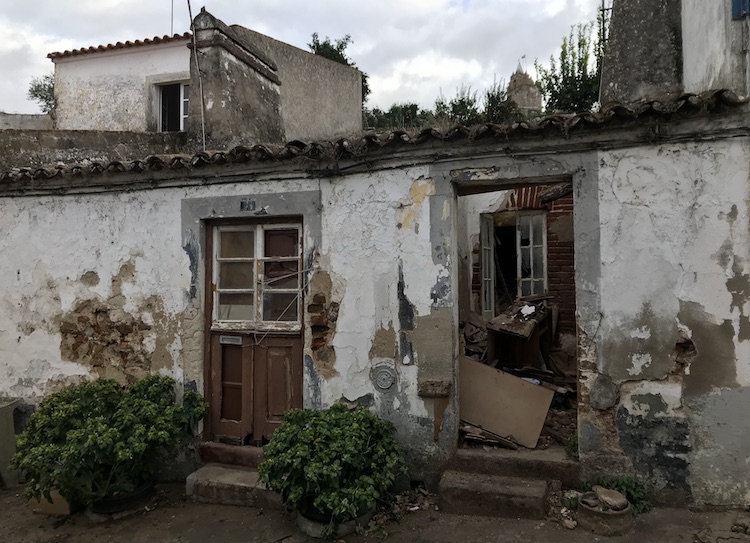 The town didn’t feel dead, though. Maybe because of all the lovely gardens with orange trees? 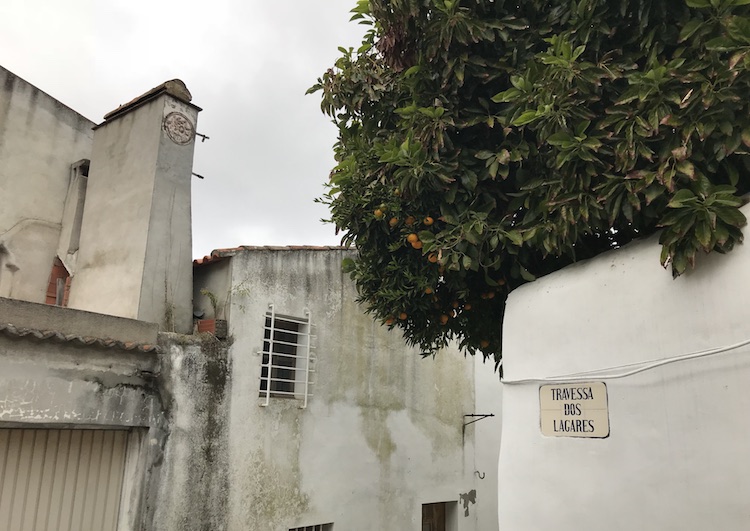 After my little bicycle expedition, I browsed along the route to the coast on Google Maps. There was another lake about 40km further south-west. Maybe a good spot to spend the night?

Indeed, Barragem do Pego do Altar is a beautiful spot. Another reservoir that looked like it had a dry summer. 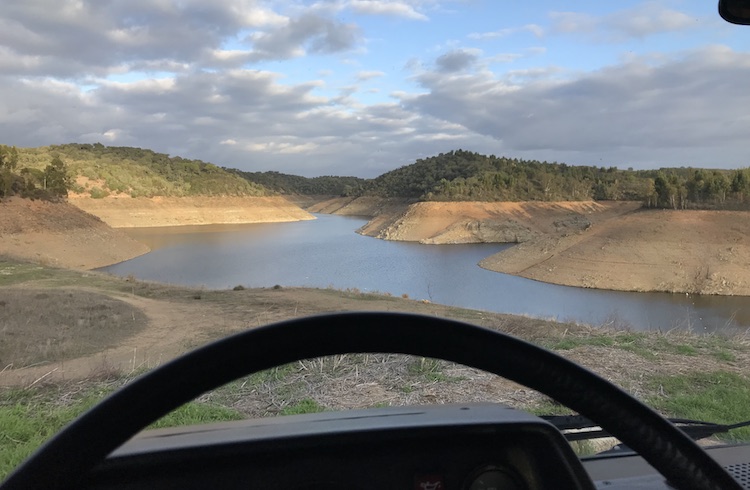 Apparently, I was not the only one who liked that spot. Some Britains brought their whole household, including their garage with a car and a motorbike.

Interesting way of “van life”. Their unfolded mobile homes looked bigger than my apartment I had in Berlin.

But hey, why not? Still, I felt like checking out the area further to the left. After spending the last two nights on my own at Barragem do Divôr, I didn’t feel like parking next to these mobile villas.

But no luck either on the other side. Less fancy, but still not my style: a mob of retirees enjoying the winter in their camper vans equipped with TVs. 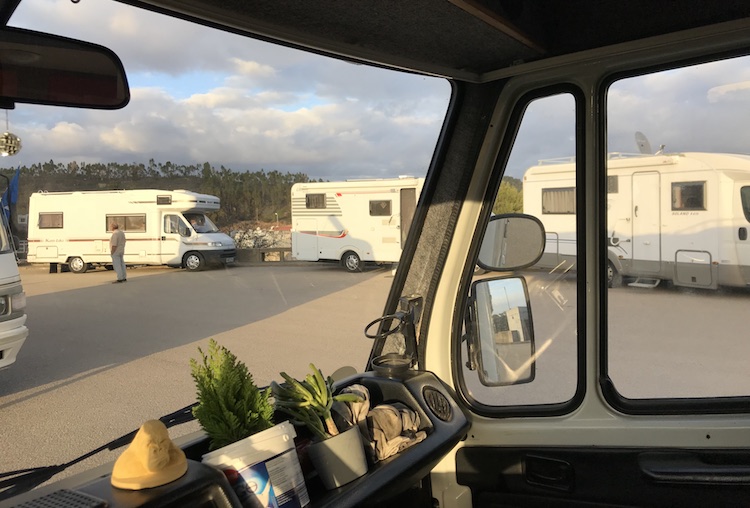 I’m not saying that they are doing something wrong. I have antennas for mobile internet on my roof. They have sat-receivers on their roofs to watch German TV. We both like spending the winter in the sun. Still, I prefer hanging out with hedonists, hippies, surfers and suchlike. Dirty, rusty and self-maintained vans.

Nevertheless, the sun was about to set soon and I didn’t feel like driving any further. One night and I’ll be out of here.

After parking my van, I grabbed my bicycle again to explore the area a little bit. My first discovery was a public toilet with a shower. Bingo! After hand washing my body for the last six days, a shower seemed appealing. 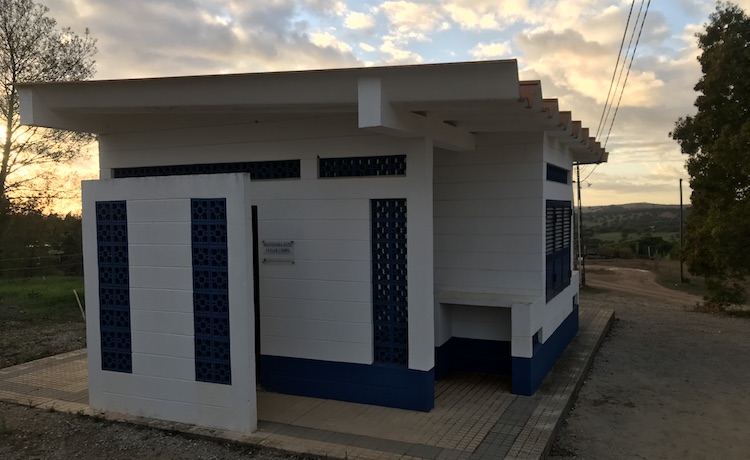 As expected, the water was pretty cold. But after a thorough shower, I felt fresh and alive again.

I continued my exploration and followed a path behind all the camper vans. The more narrow the path got, the more toilet paper was lying on the ground. Seriously? Just walk up the street for two minutes and there’s a public bathroom! A few meters further, I got pissed. What’s wrong with you? You shitted into a bag? Several times and then threw it in the middle of the path? 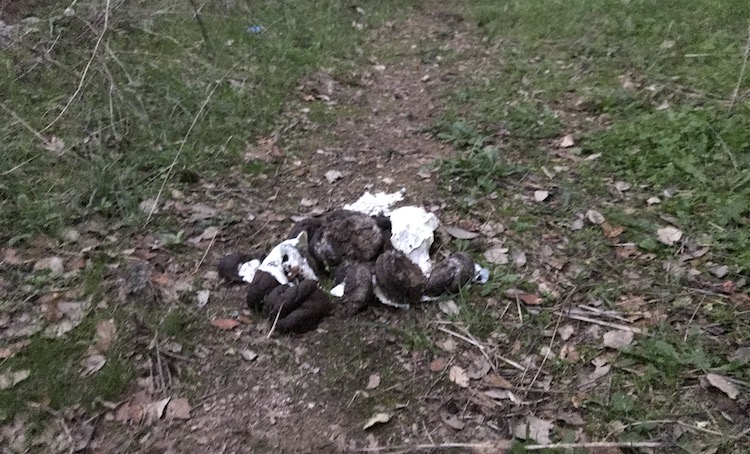 I hope this was your dog and not you, you dirty pig! Exactly this behavior make locals hate visitors in vans instead of welcoming them. Seeing that path and the crowded parking lots, I was quite sure that “no camper vans” signs would be put here, soon. You ruin your own scene! So Sad!

Really pissed, I gave rein to my rage by cycling up the next hill, where a beautiful view calmed me down. 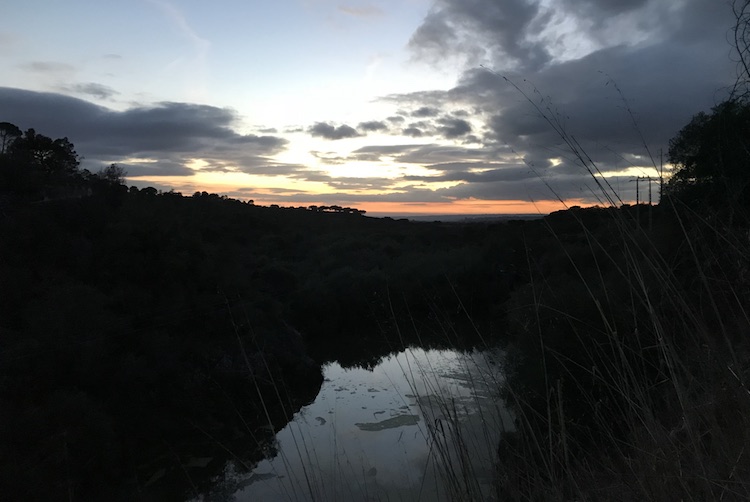 Van life can be so nice. So please, act responsible and sustainable! I and many others want to enjoy it in future, too!