On Sunday morning, I woke up by the sound of rain dropping on my roof. I knew that rain was expected by the end of the weekend. But after following the link that João Costa posted to my previous article, and checking the forecast in more detail, I realized that a storm with heavy rain was about to hit Portugal and some parts of Spain. 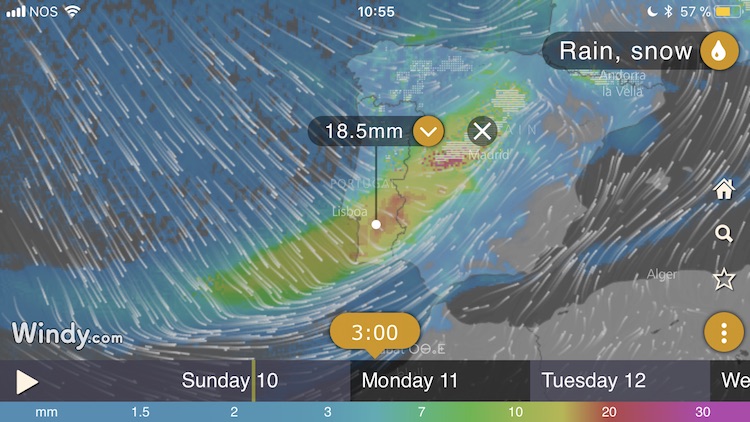 I fixed some leaks back in the summer and my van is generally ok with rain. However, the forecast didn’t look great. My van is 34 years old. The drier I keep it, the longer it will stay in good condition. I didn’t want to stay much longer anyways, so I left Pego Do Altar to search for some shelter.

Only a few minutes later, I saw a highway bridge ahead of me. Jackpot! My excitement vanished when I approached it. Unfortunately, the area below the bridge was not accessible. A locked, private property. Bummer! 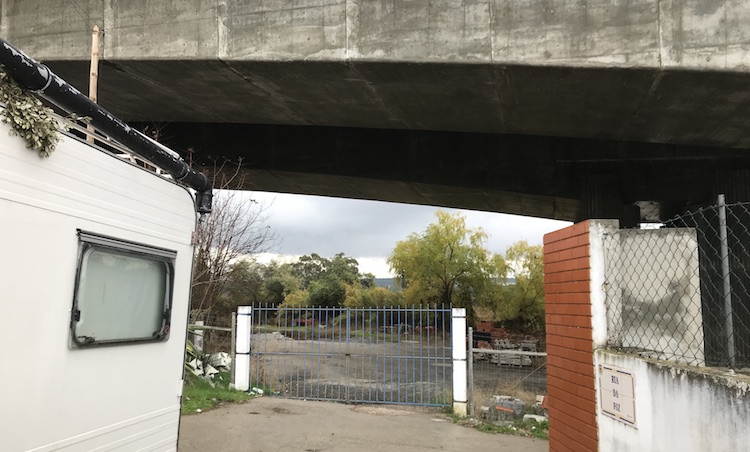 I drove further through Alcácer do Sal, crossed the river, passed a little village called Lezíria and followed a dirt road through some fields to check out the other side of the bridge. I was lucky this time!

The area was accessible and next to some hay rolls there was enough space to park my van under the wide bridge. 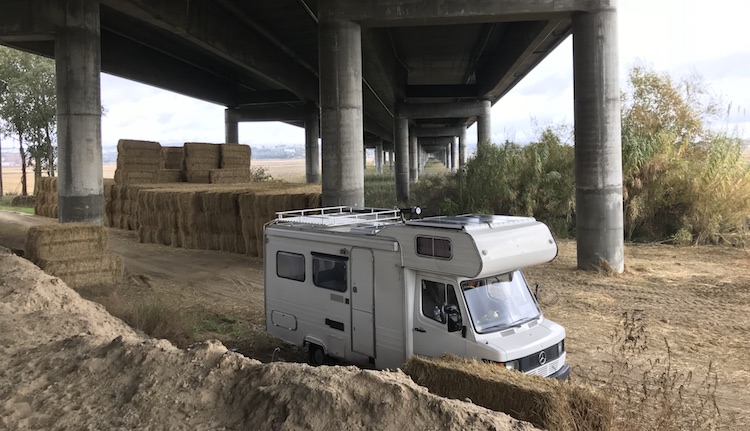 It looked like a good spot to hide from the heavy rain. The only downside was the Sado river about 300 meters away from me. Was there a chance of the dirt road getting flooded? The road was about two meters higher than the water level and there were a bunch of fields between me and the river. The fields were about one meter lower than my van. A lot of space to fill before the road would get flooded. The rain was only supposed to last for a couple of hours, so a flooded dirt road seemed like a very low risk that I was willing to take.

The weather was still fine in the afternoon. The storm was supposed to arrive late at night, so I drove back to Alcácer do Sal to checkout the city.

The first thing that caught my eyes was an old, battered Fiat Ducato with a friendly dog sitting in the front. When I knocked on the door, Diogo opened it and Giulia greeted from the back of the van. Giulia is Italian and bought the van two years ago. She travels together with Diogo who grew up here in Alcácer do Sal. They usually stay and work in France. Once in awhile, they come here to visit Diogo’s family. 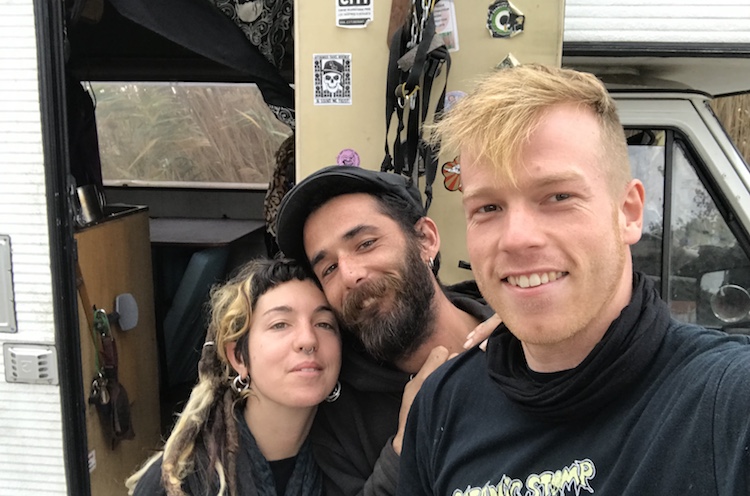 They invited me to their van where we spend most of the afternoon. Interesting conversations in a relaxed environment. I really enjoyed the time with them! They have a place in France where they currently convert an old truck into a camper. I saw some pictures and it looked amazing! Hopefully, I’ll have a chance to see it in real life, when I visit them in France next year.

It was time to drive back to the bridge when the sky turned gray and the clouds started moving faster. There was still no rain when I went to bed. Around 11:30pm, I woke up by the sound of water dropping from the bridge into a puddle. My van and the area around were mostly dry and I fell back to sleep.

I woke up again around 1am by the loud noise of water drops hitting my van irregularly. The storm had finally reached the area and occasionally blew some water from a drain onto my roof. I couldn’t see a lot, but the storm was shaking the trees strongly. Huge amounts of water were flushing down from both sides of the bridge. It looked like waterfalls. I was happy that parked my van under the bridge where it was protected most of the water. Blurred by the heavy rain, the lights of Alcácer do Sal were hard to recognize. Once in awhile, I could see blue emergency lights flashing in the dark. I tried to capture a video, but except for the audio track it turned out to be quite useless.

All of a sudden, everything was dark. It seemed a blackout in Alcácer do Sal and all the villages around. I fell back to sleep and woke up again several times, until the storm finally calmed down around 3am. It was still raining when I finally fell into a deeper sleep.

In the morning, the sky looked like nothing had happened. Only some puddles indicated that some rain had fallen the night before. 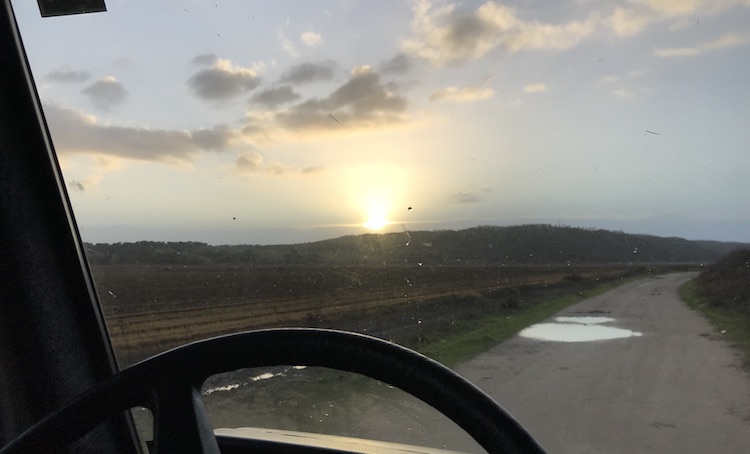 On my way back to the city, I saw some more traces of the storm lying on the road. 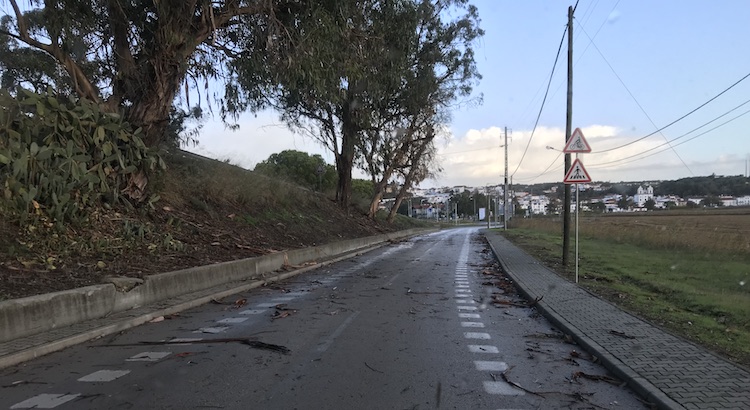 What a night! Fortunately, I stayed dry and my van didn’t get damaged.