I spent a lot of time thinking about building a shower or not. I had a spacious bathroom without a shower in my previous van that wasted a lot of space. I couldn’t even wash myself in the bathroom because I used it as a storage room. The outdoor shower that I built in June, 2017 turned out to be useless, too. I only used it about five times in one year.

I didn’t really need a shower when I was in the open countryside. There were lakes, rivers or the sea. I only felt a need for a shower when I stayed in cities. However, it was a little awkward to take an outdoor shower in a crowded city center. I usually took showers in public pools, gyms or at my friends’ places. It worked, but wasn’t ideal. I wanted to be more independent.

I remembered the rainy days in northern Morocco when my wet jacket never dried and everything in my van felt clammy. I’m planning to use my shower as a drying room, too. Hot air will be blown into the bottom of the shower cabinet to dry wet clothes. The humid air will then be sucked out of the van. No more clammy air in my van!

There was already an air grille behind the driver’s seat for which I built a little socket holding three dust and water-resistant fans. 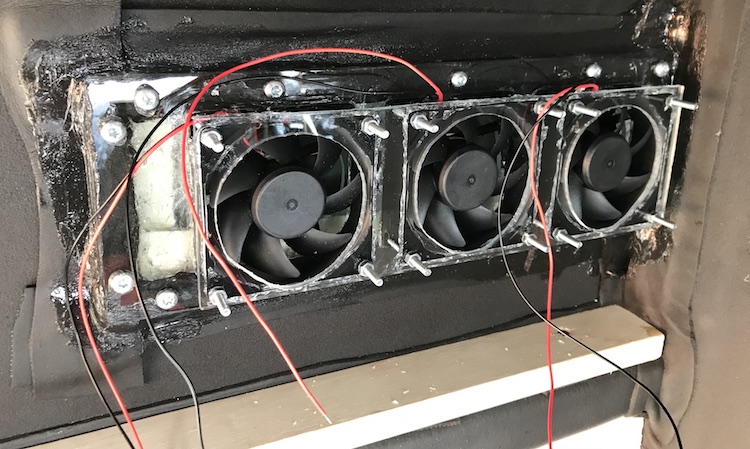 I sealed and insulated the socket to make sure the wet air won’t be blown behind the wall cladding. 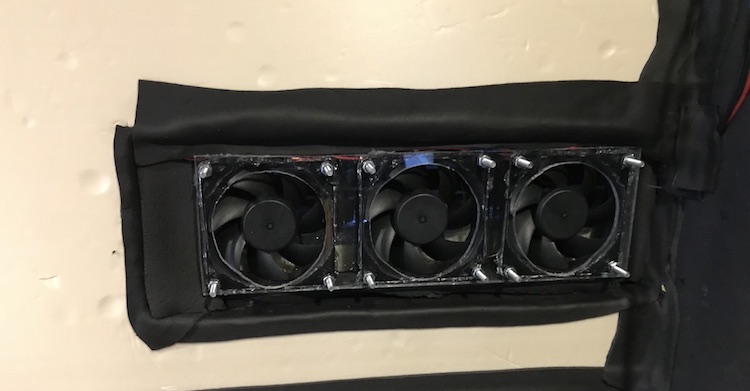 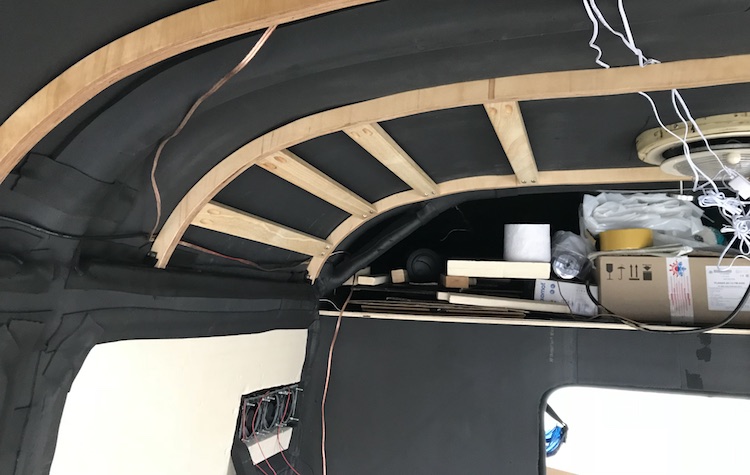 The frame is composed of several pieces that I connected to the floor and the scaffold for the ceiling. 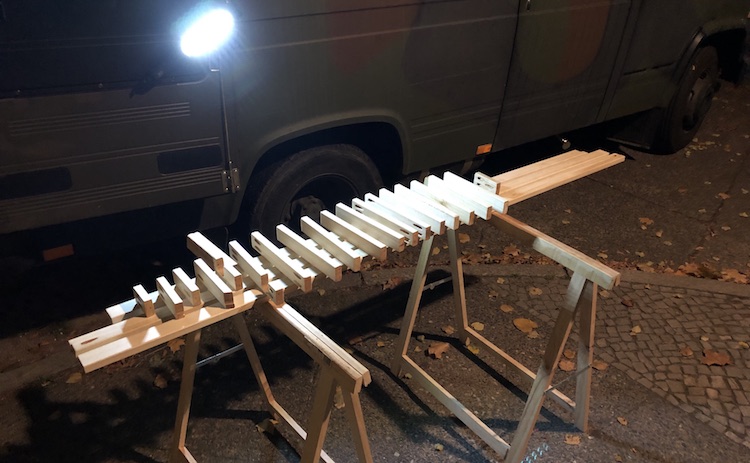 In contrast to the rest of the van, the back wall and ceiling of the shower were built out of single piece of plywood. 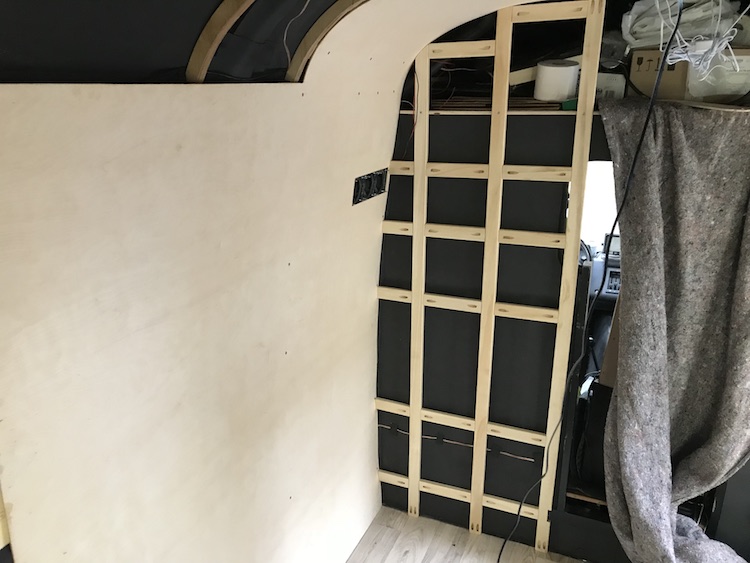 After a lot of measuring, the first attempt of cutting the side panel was successful. 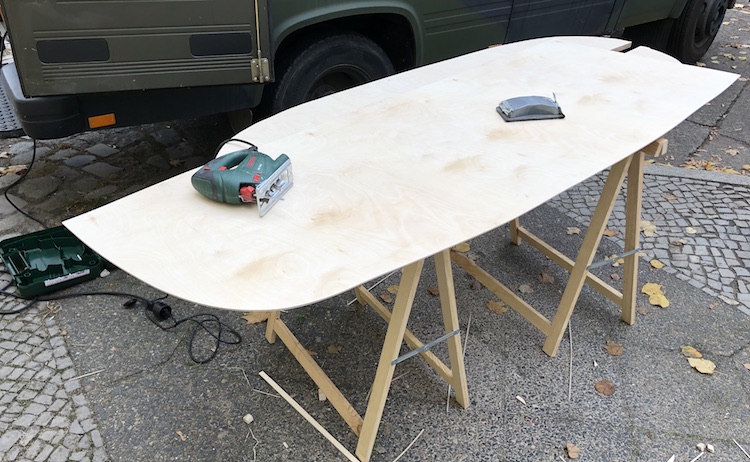 I still have to cut out some details and varnish the panels, but they seem to fit pretty well. 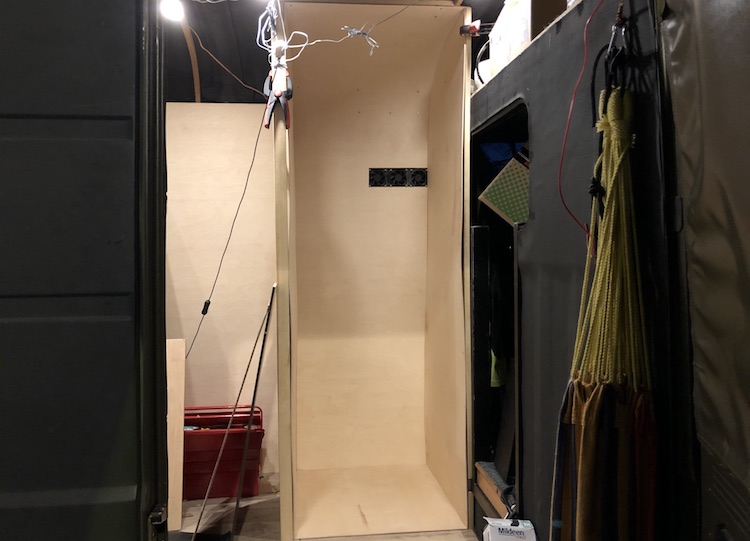 The cabin will be a about 66 cm wide and deep. Big enough to take a shower and small enough to provide enough space for the other furnitures. 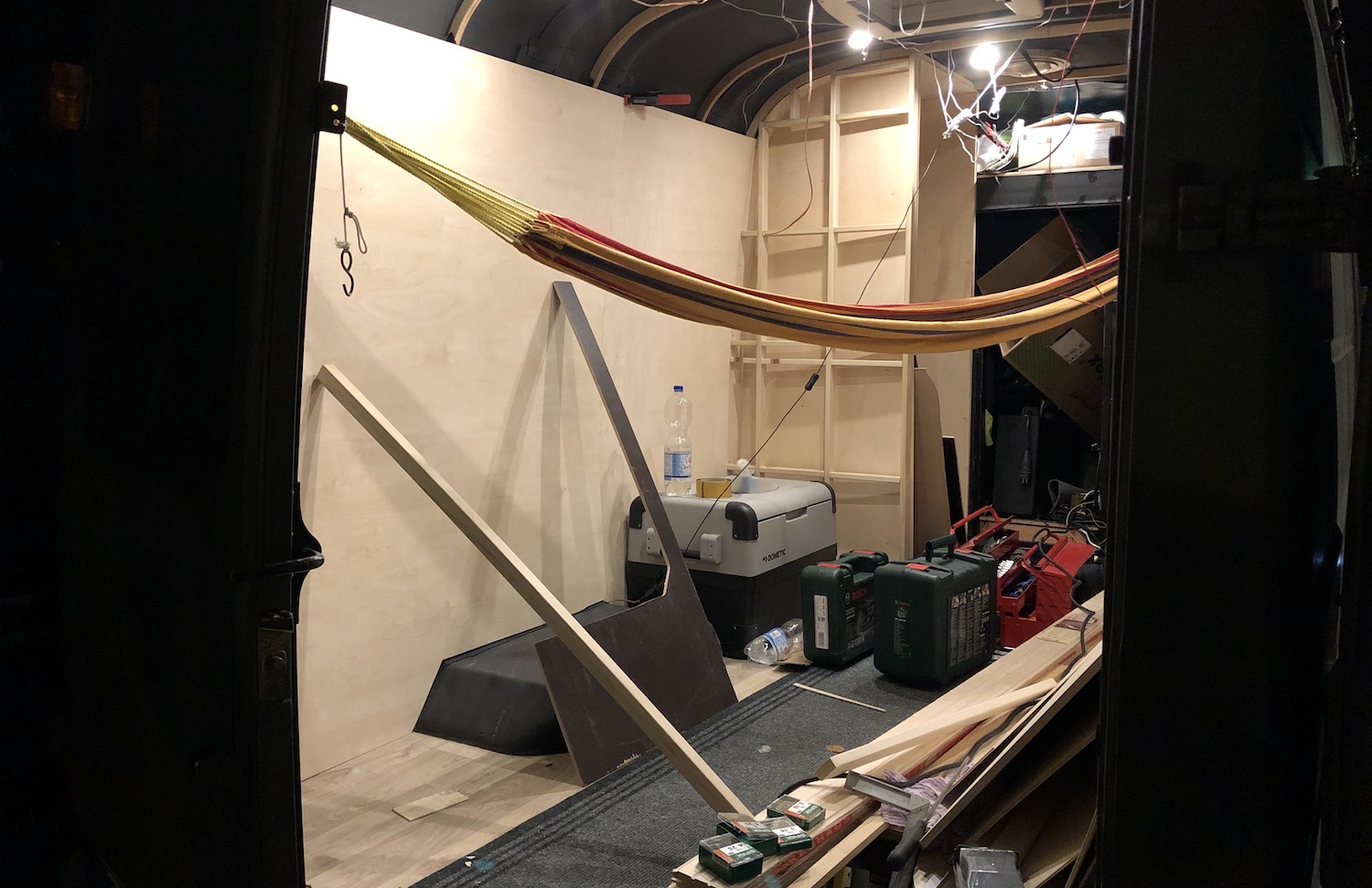 The last couple of days have been very cold and rainy. Doing wood work on the streets of Berlin has become a little tricky. But if you keep your eyes open, you can still get some work done. Like today, when I found shelter from the rain behind a hardware store. 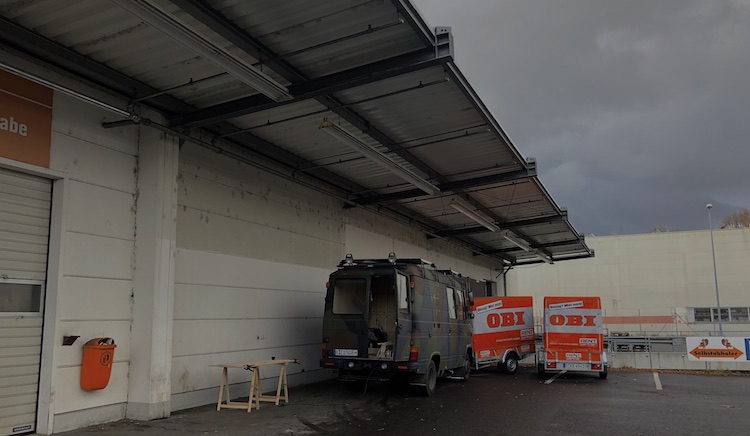 Although I couldn’t collect a lot of solar power, I managed to build the door frame with my new router. 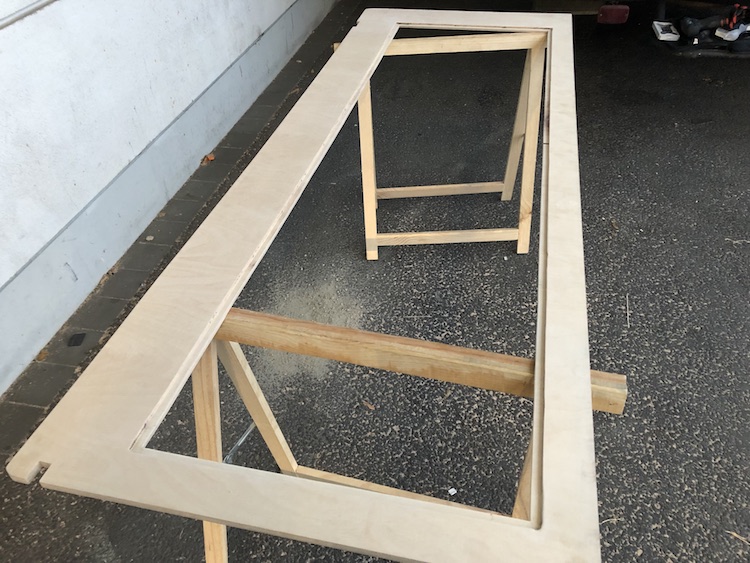 I’m really curious about the final outcome of my shower project!