The restrictions in Spain didn’t seem very promising. Especially for non-residents like Marco and me. After staying a couple of weeks in our vans in a parking lot on Lanzarote, we tried to get back to our home countries. We boarded the ferry from Arrecife to Cádiz on a Sunday night at 1am.

Marco was lucky and could park his smaller Volkswagen T3 on deck, so he could sleep and relax in his van isolated from the other passengers. I was told to park my truck under deck, so I couldn’t access it during the ferry ride. I didn’t feel like staying with the other passengers in the public seating areas, so I slept outside in a quite corner on deck. 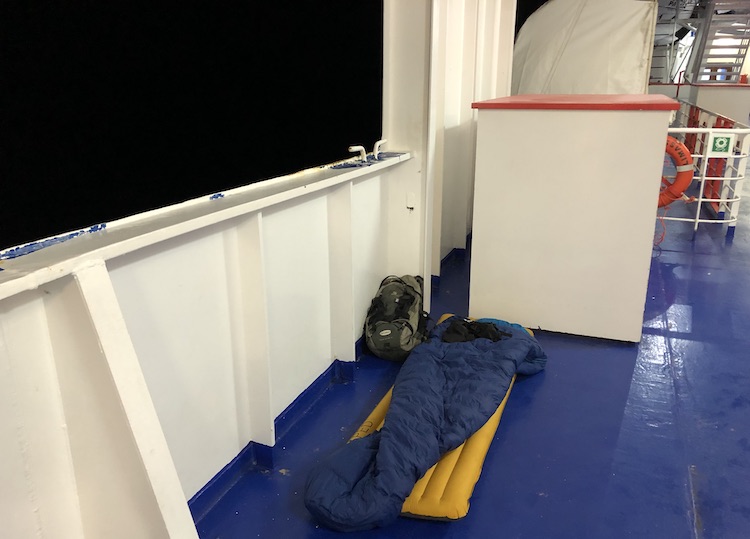 The air was a little cold at night but quickly warmed up in the morning when the sun was shining. 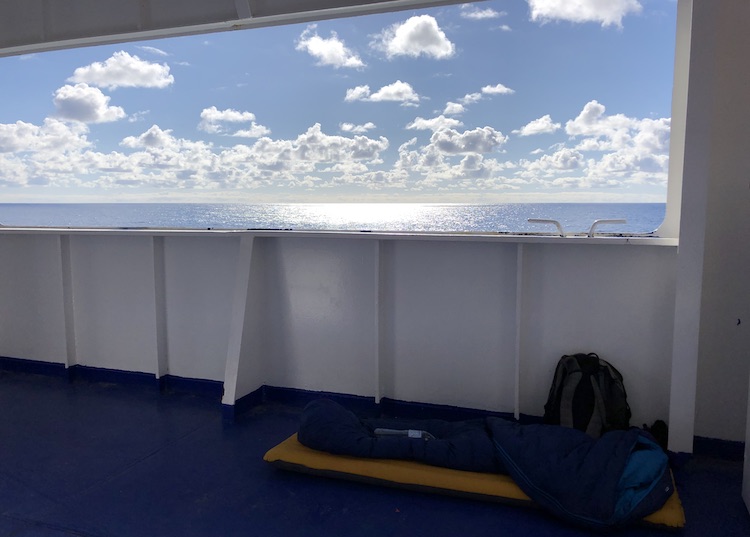 Dropping Marco at the airport

After a calm but boring ferry ride lasting for 34 hours, we finally arrived in Cádiz. Marco’s engine sounded really bad. Probably a worn out bearing. He had already booked an appointment at a garage specialized in Volkswagen vans near Sevilla. Additionally, the radiator was leaking a lot of coolant, so there was no point in driving the van from Cádiz to Sevilla. 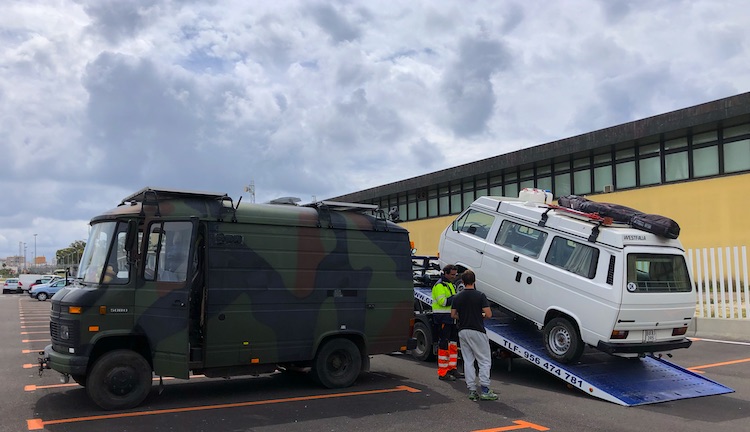 While Marco’s van got towed to the garage, I drove him to the airport of Sevilla where he booked a couple of flights back to Denmark. Eventually, he’ll come back to Spain to pick up his van and hopefully continue his surf trip.

After dropping Marco at the airport I started my trip headed to Germany. 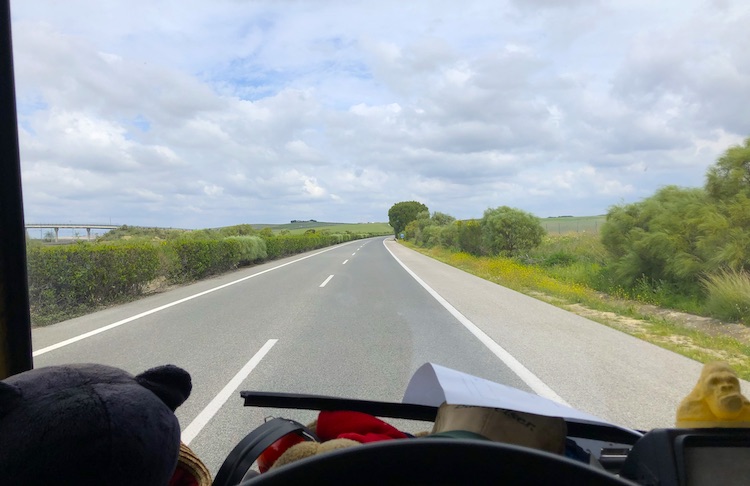 Expect for a small number of trucks, the highway was completely empty. Several signs stated that only authorized trips were allowed.

In the afternoon the weather changed and it was raining a lot. 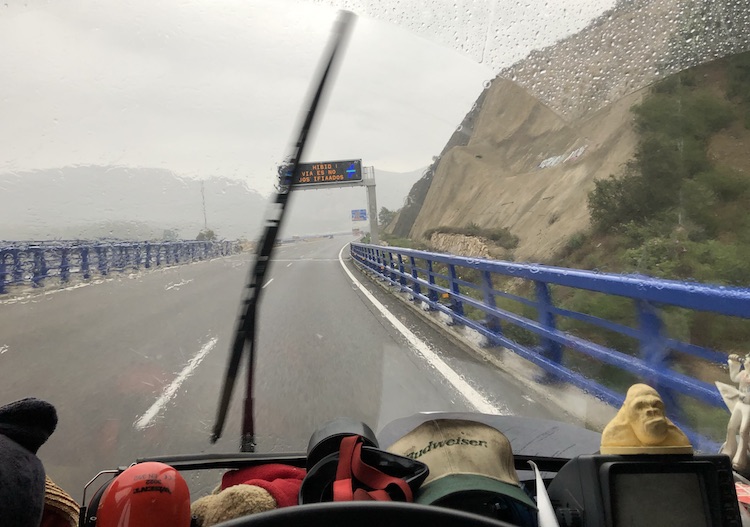 I spent the whole day driving until it turned dark. 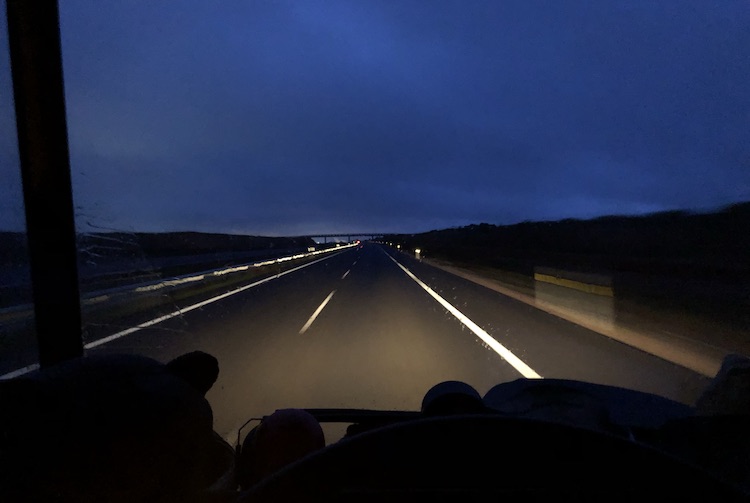 I stopped at a gas station 200km in front of Valencia. I felt quite tired, so I decided to spend the night there.

When I continued my journey early in the morning, the weather was even worse than the day before. 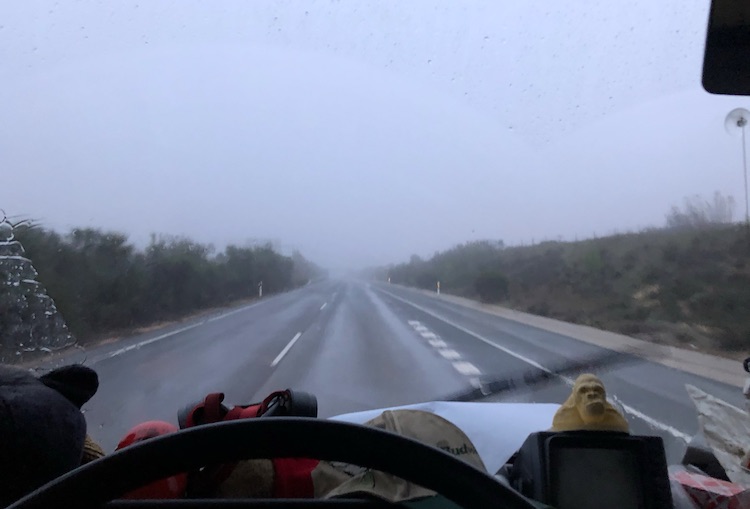 After driving through heavy rain on empty highways for several hours, I approached the French border. 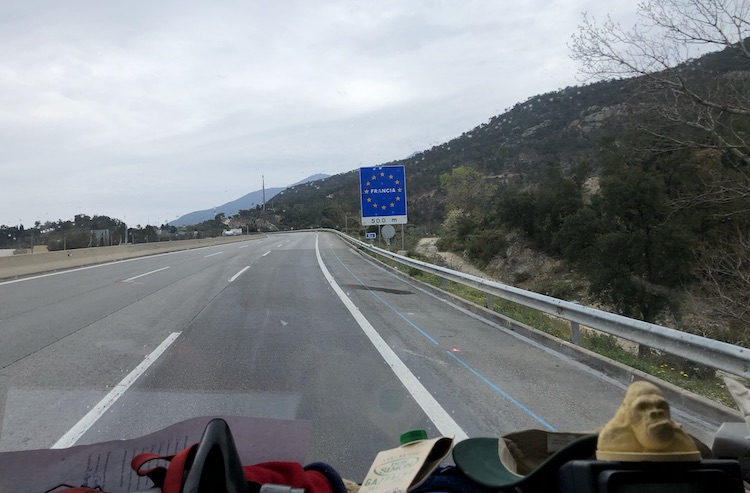 To my surprise, there weren’t any border patrols. I could tell that the French restrictions were less strict than in Spain. Although the French highways were empty, too, I regularly saw people cycling or running on paths and roads next to the highway. These outdoor activities were explicitly prohibited in Spain. Seeing these people outside made me feel a little more “normal”, although I was still driving alone on a highway with 5 tracks. 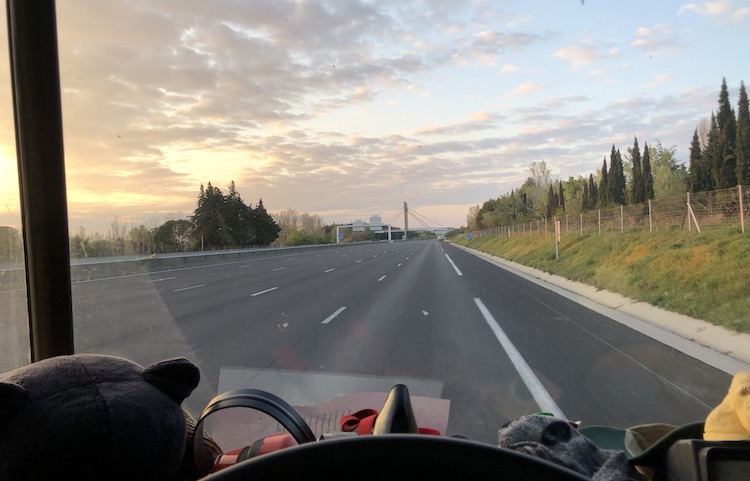 I kept driving until it was dark and spent my second night at a highway stop in front of Valence. After driving for almost 14 hours, I felt asleep immediately.

I continued my journey early in the morning and drove the last 600km through France until I reached the German border. This time, there was a border patrol. I was stuck between several trucks and had to wait for about an hour until I was finally on German territory again. 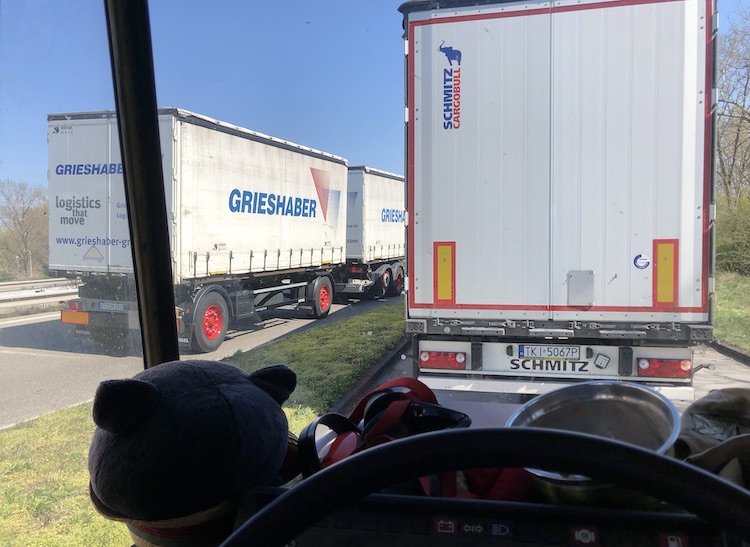 To my surprise there were a lot of passenger cars driving on the German highway. The German restrictions seemed way more relaxed than in Spain. 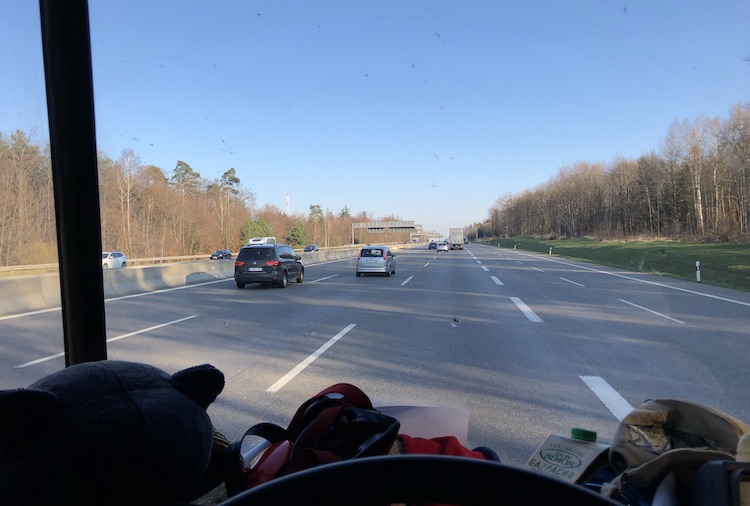 Arriving at my friends farm

After passing the German boarder in the afternoon, there were about 500km left to reach the farm of my friends in Bavaria. I was still driving when it was dark. 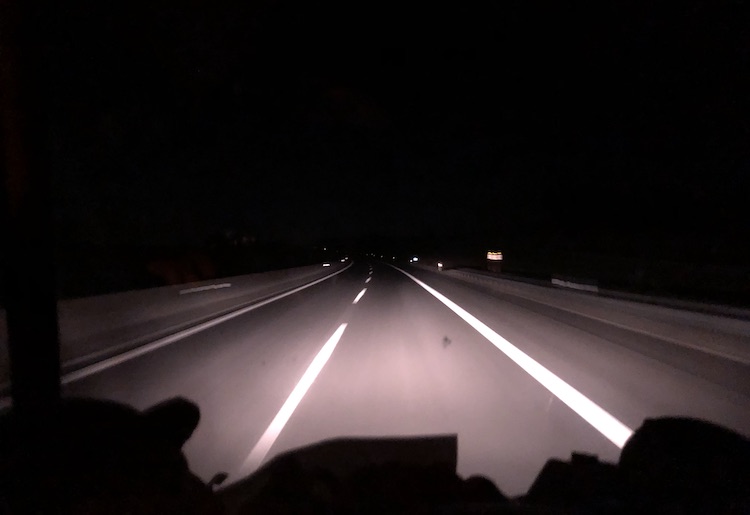 Around 10pm, I reached the farm. While my trip to the Canaries in January took me a month, I nailed the 2600km in only two and a half days on my way back. I was exhausted but happy. I finally arrived at a safe spot where I can freely and indefinitely stay with my van until the global situation will become better again. 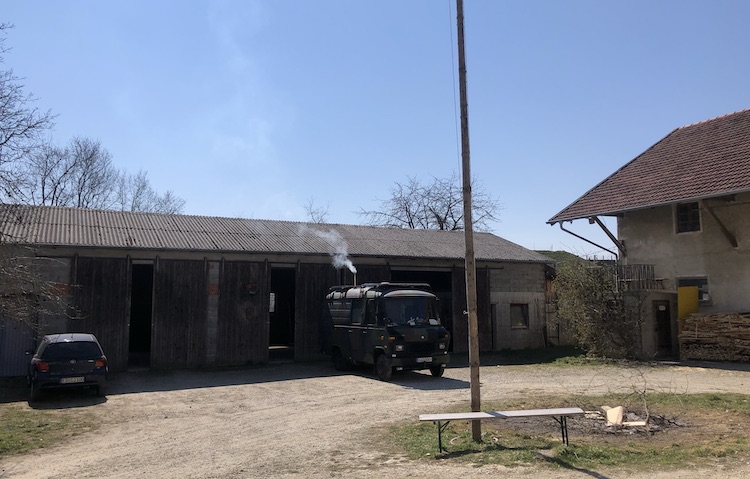