After coming back from my trip through east Germany, I enjoyed the last autumn days in southern Germany. Although the weather cooled down, it was still warm enough to go kayaking on the Isen river. 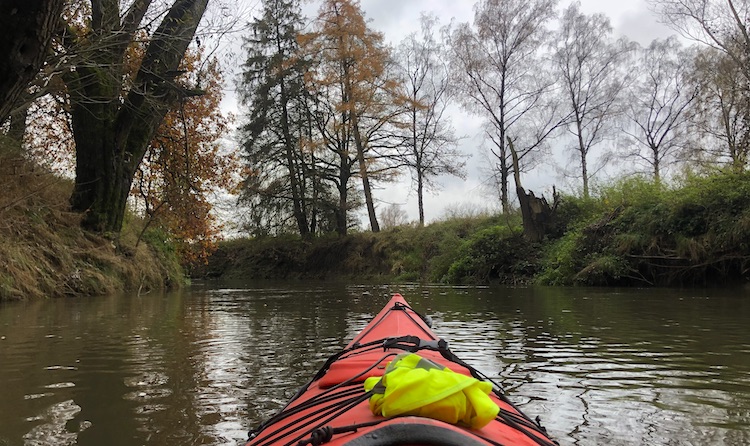 I was even able to enjoy some sunny days cycling with my friend around my hometown at the Allgäu.

The farm of my friends was mostly covered in fog, but once in a while I woke up by the rising sun warming up my van. 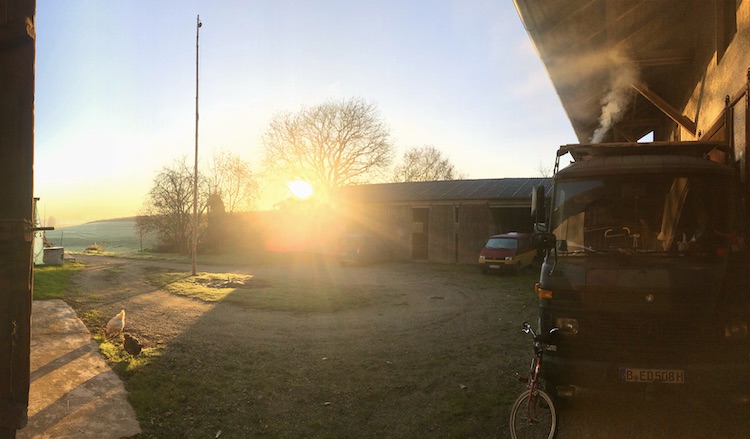 The temperatures occasionally dropped below 0 degrees Celsius. It was obvious that winter was coming. I decided to visit my loved ones in Berlin for the last time in 2020 before the snow would come. On my way to the capital city, I spent a cosy but cold day and night at Bleilochtalsperre where had enjoyed a swim in the summer.

I found enough dead wood near Schlachtensee to keep my van warm.

The days in Berlin were noticeably shorter and the weather was mostly cloudy. My solar panels were barely able to collect enough power from the weakly shining sun in northern Germany. 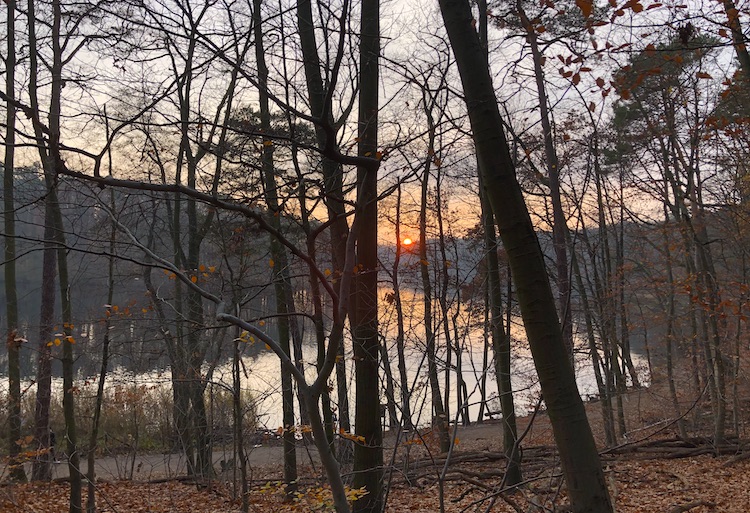 It was time to say goodbye for the rest of the year and drive back to southern Germany. 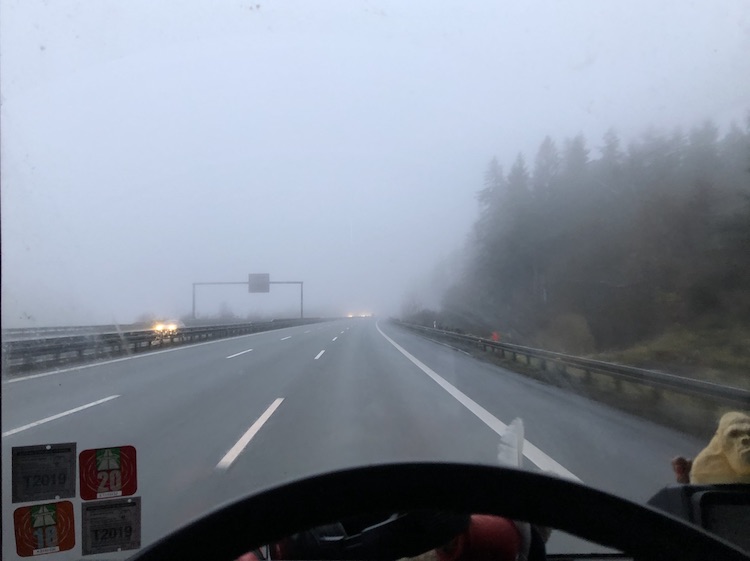 The days in southern Germany were slightly longer than in the north. Nevertheless, the sun didn’t ascend a lot which resulted in stunning sun rises in the ice cold mornings.

It didn’t take much time until the first snow fell. 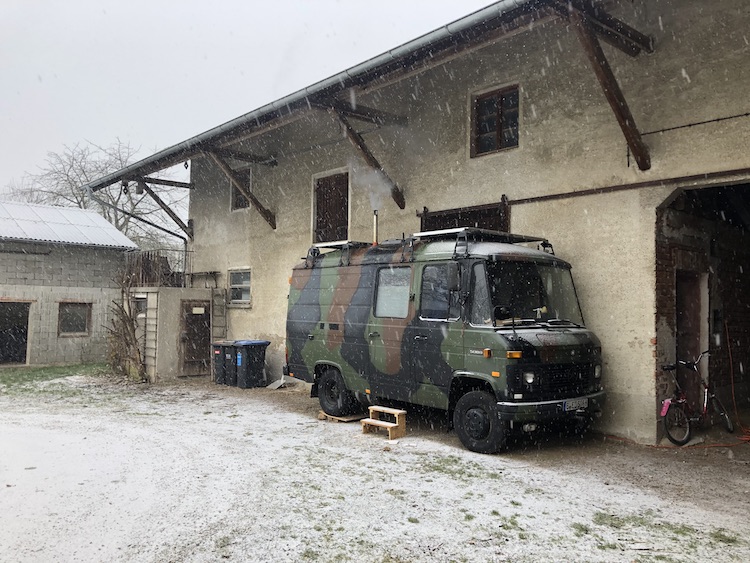 Germany was still in a “light” lockdown and all borders were open. There were two options: spending the forthcoming lockdown and winter in Germany or driving further south to stay in more relaxed and warmer areas. I picked the later option and hit the road toward the south leading through my hometown where I wanted to say goodbye to my family.

On my way to my hometown, winter really kicked in when I ended up in a little snow storm. 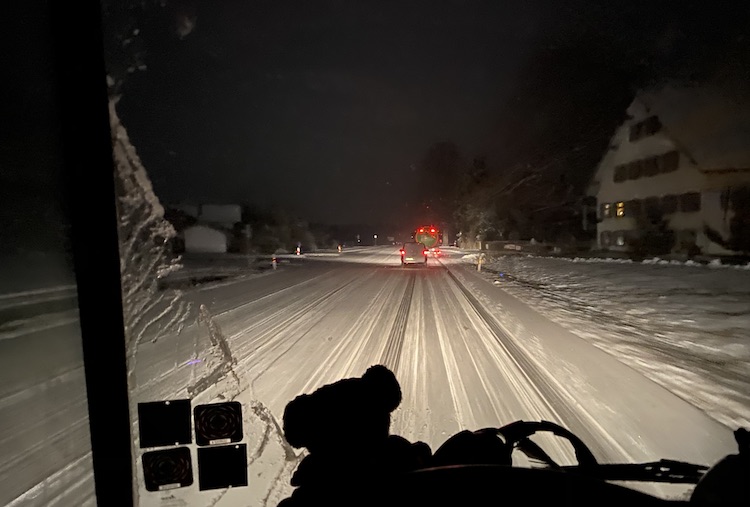 It was the first time that I drove the 508D on roads fully covered in snow. After carefully driving through the snow, I was quite relieved when I finally arrived near my hometown. 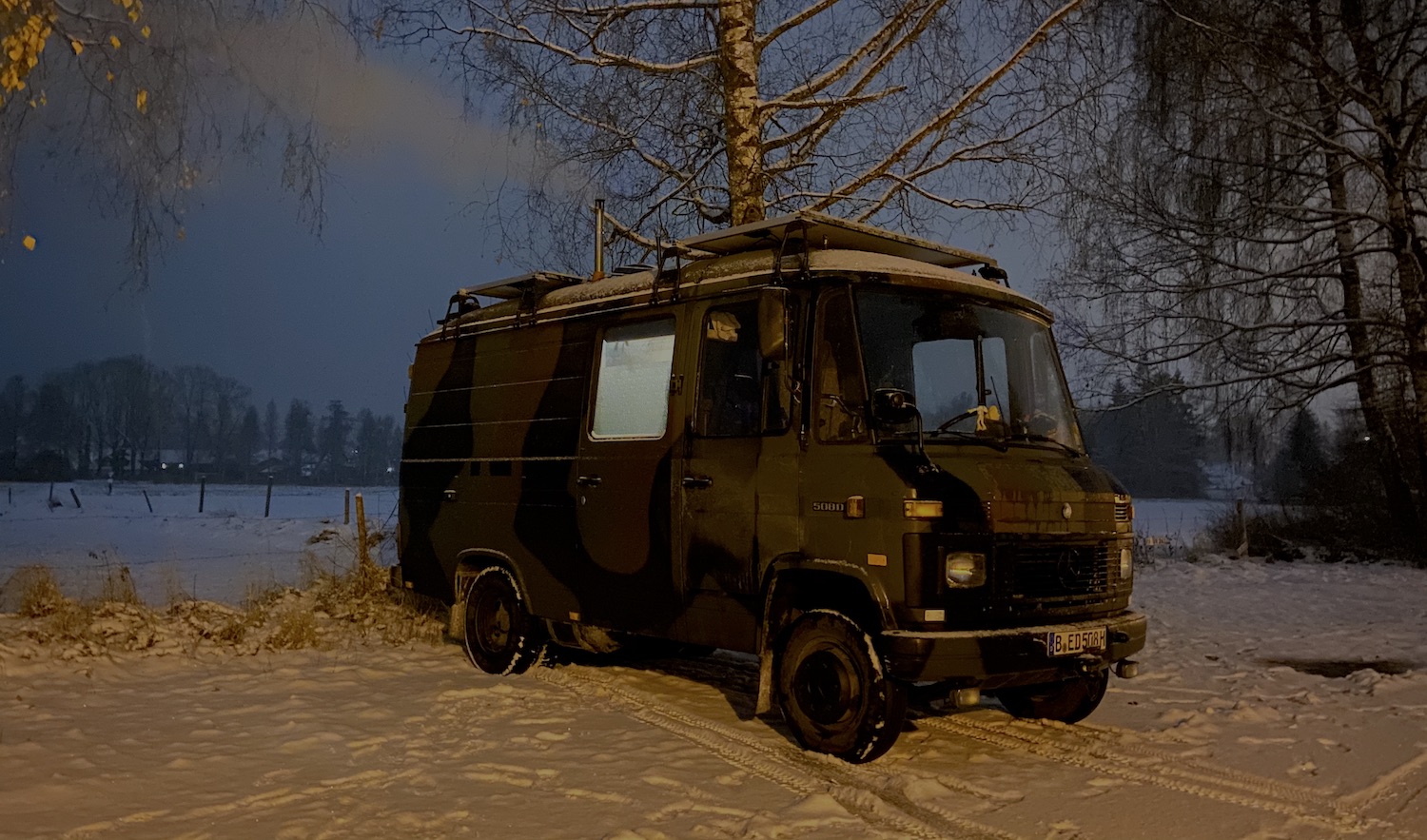 I lit up a fire in my wood stove and decided to stay there until the weather would become dryer. I spent one day working from my van while the snow kept on falling outside. 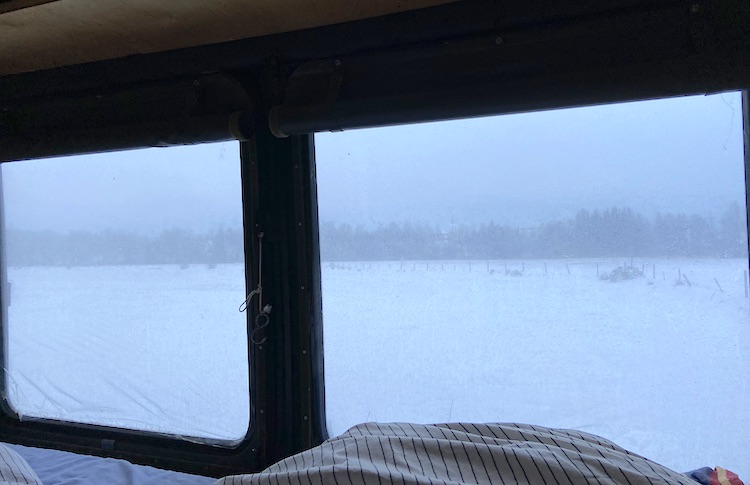 Luckily, the weather changed and the sun was finally shining again. 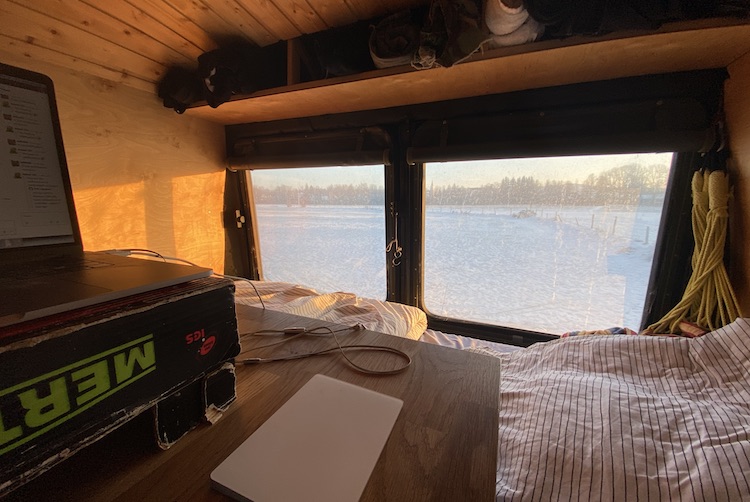 The sky was blue and the sun melted all the ice and snow on the roads.

The main roads where dry by the end of the day, so I took the chance to cross the mountains of the Black Forest while my route was clear. By the time it starting snowing in the Black Forest again, I had reached the warmer area of Freiburg near Opfinger See. No snow, just rain! 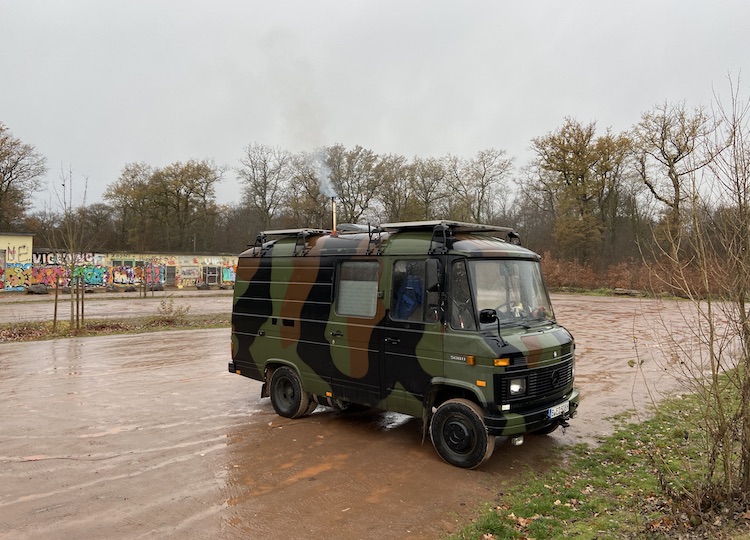 I was close to the French border and didn’t have to expect any more snow. I was ready for my journey down south!