After spending most of the summer in southern Germany, I wanted to go for another trip to northern Germany to visit family and friends. Inspired by the beautiful lakes I visited in Switzerland and the hot temperatures in Germany, I decided to take a little detour to check out a few swimming lakes on my way to the North.

Going for swims in Bavaria

I started my trip in the German Alps at Sylvensteinsee near Lenggries. The reservoir of the Isar river was really cold. Perfectly suited for the hot and sunny weather. 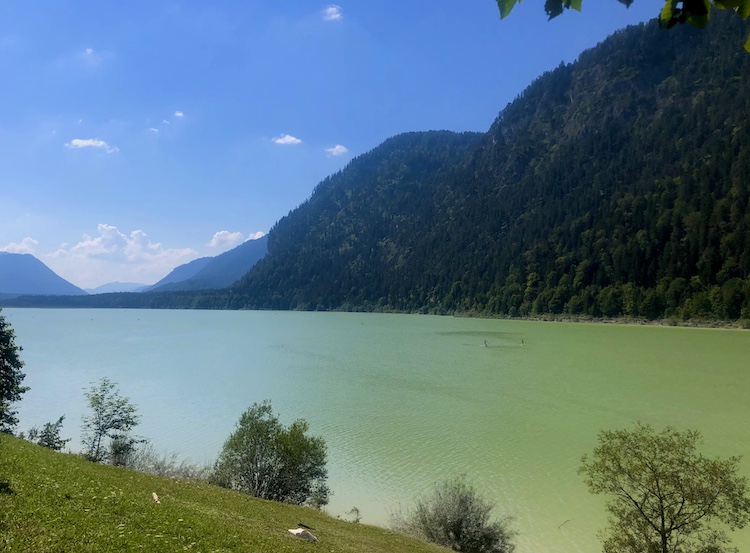 I followed road L307 which eventually ended in a private toll road which was really nice to drive. It followed the Isar river for several kilometers and lead to the beautiful Walchensee. 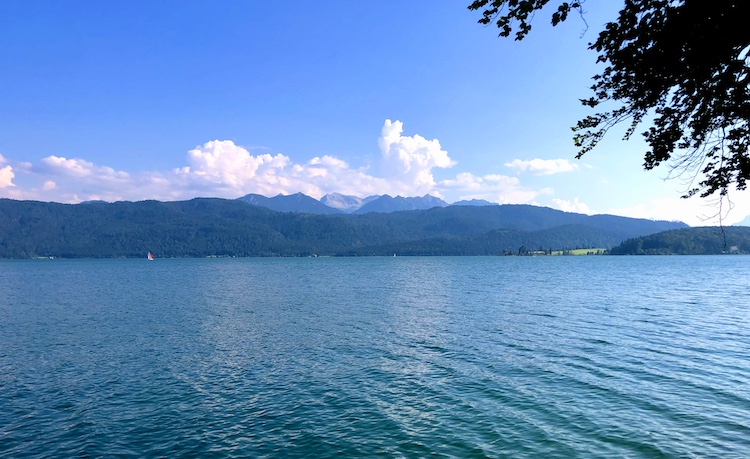 Walchensee has been one of my favorite lakes in southern Germany. The water was very clear, perfectly tempered for swimming and surrounded by a beautiful landscape that offered a lot of possibilities for hiking and mountain-biking.

Only a few kilometers north of Walchensee, I stayed at Kochelsee. 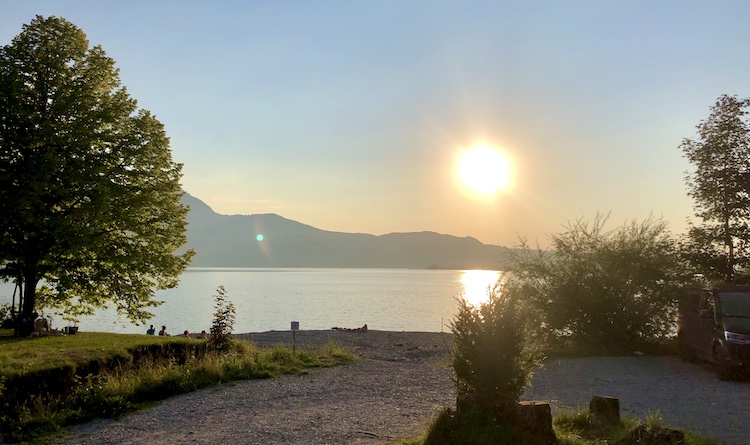 The lake was also surrounded by a beautiful landscape. The water seemed a little colder but still good enough for a decent swimming session.

About 40km north, I spent one night at Starnberger See. 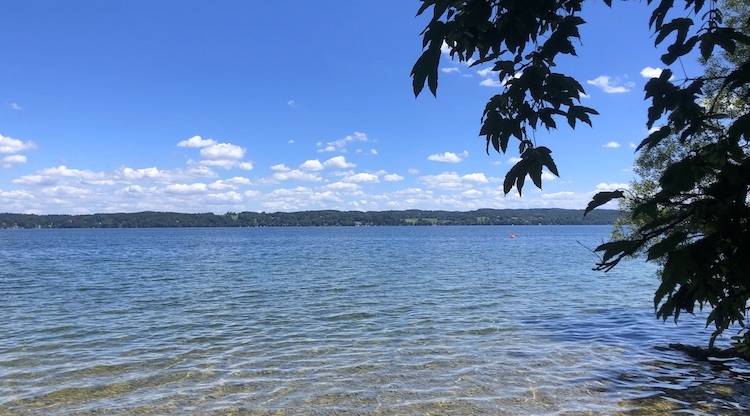 The lake was really nice, too. The landscape surrounding the lake was more flat and the water slightly warmer but still very refreshing and clear.

After staying at several lakes without covering a lot of distance, I took the highway A9 headed north. The weather was really hot, so I took a refreshing swimming break at Happurger Baggersee.

The lake was nice but it didn’t seem very spectacular, so I decided to drive further north to find another place to stay.

I’ve mostly passed Thuringia on my way from or to Berlin so far. This time, I left the highway and drove around the Thuringian Highland (Schiefergebirge) near the Saale river. I found a really nice spot next to a bride at the Bleiloch reservoir.

I spent a peaceful and relaxing time right next to the water. 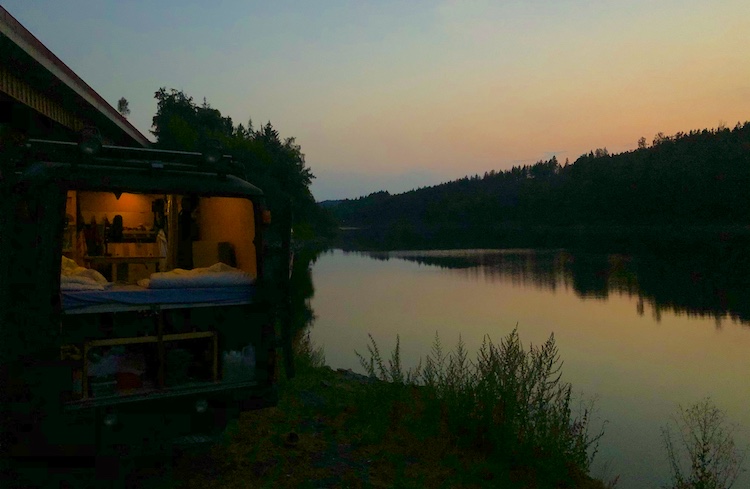 Headed to Berlin on highway A9, I took another stop a few kilometers north of Leipzig at Seelhausener See.

The water was clear and very refreshing. I really enjoyed swimming at the lake. There were several sand beaches and a huge open area to park the van.

Yet another awesome lake for swimming!

I stayed at Seddiner See just a few kilometers south of Berlin. 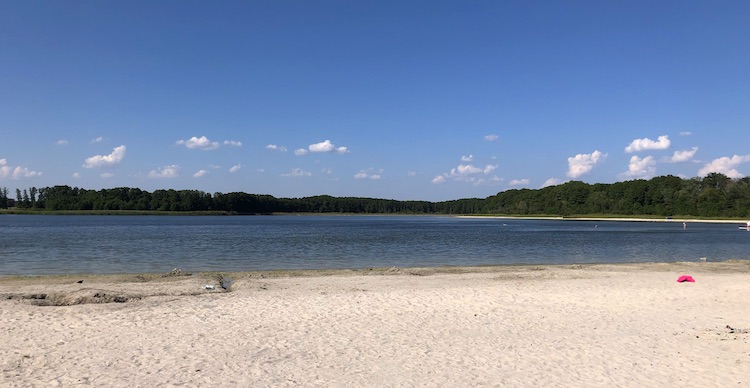 There was a gigantic sand beach which looked really nice. However, the water was very shallow and seemed a little too warm. I had to walk several meters before I could properly swim. The lake seemed perfect for spending a sunny beach day but less suited for swimming.

After swimming through all these lakes, I arrived in Berlin where I wanted to stay for a couple of days. 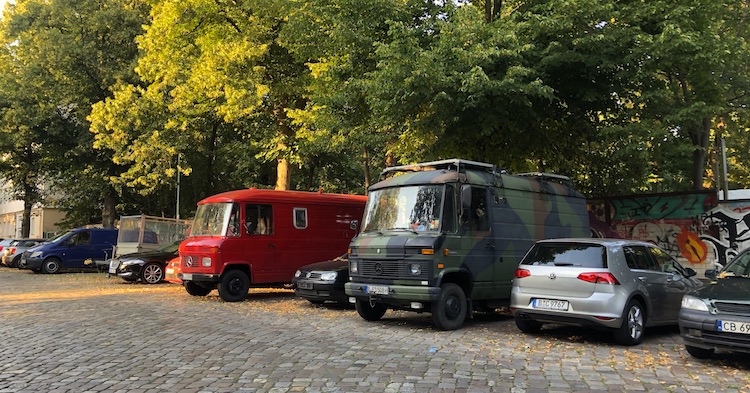 However,</span, it was way too hot in the city. The air didn’t really cool down at night, so I left the city after the first night and stayed at Liepnitzsee which was probably my most favorite lake in northern Germany. 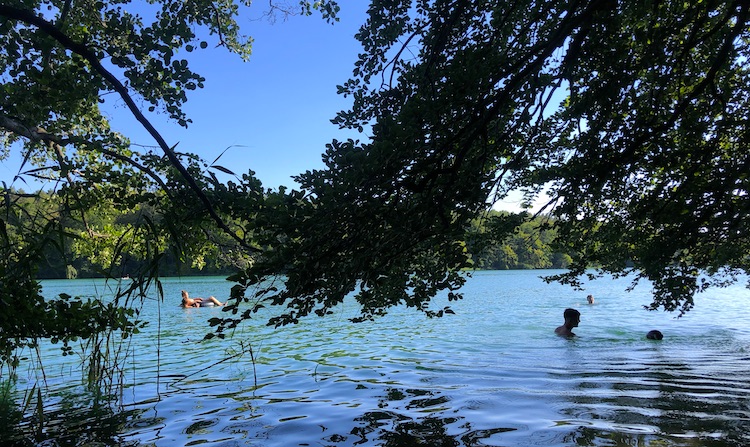 The lake was located in a forest and surrounded by trees. There were a couple of clearings with really nice sand beaches. The water was very clear and perfectly tempered for swimming. There was a big island in the center of the lake. It took me quite a while to swim around the whole island. 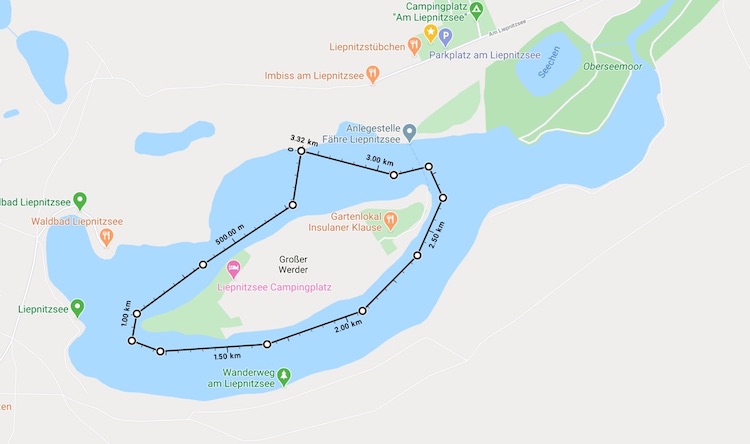 They nights in the countryside were much more pleasant compared to the city. I usually left the backdoors open at night which made me feel like sleeping under the open sky. 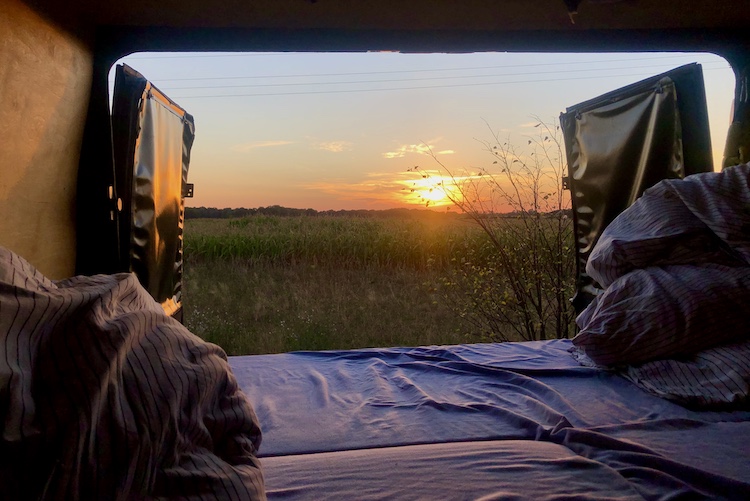 By chance, I ended up swimming in Huwenowsee located about 50km north of Liepnitzsee. 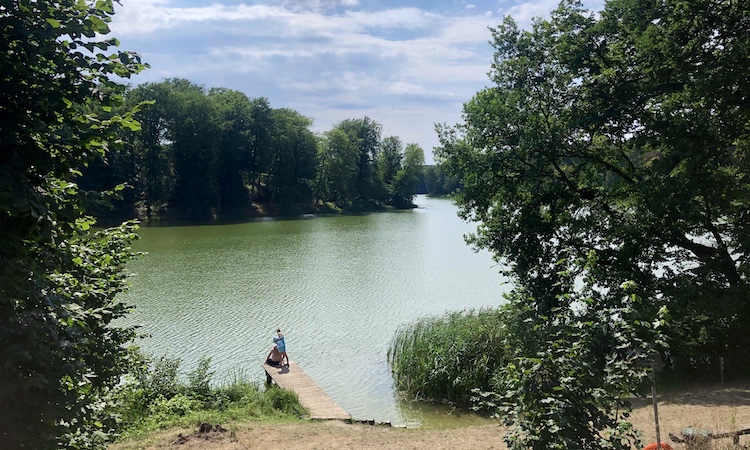 The water wasn’t as clear as the water of Liepnitzsee but it was still great for swimming.

I didn’t even drive than five kilometers until I spotted another lake that forced me to stop again: 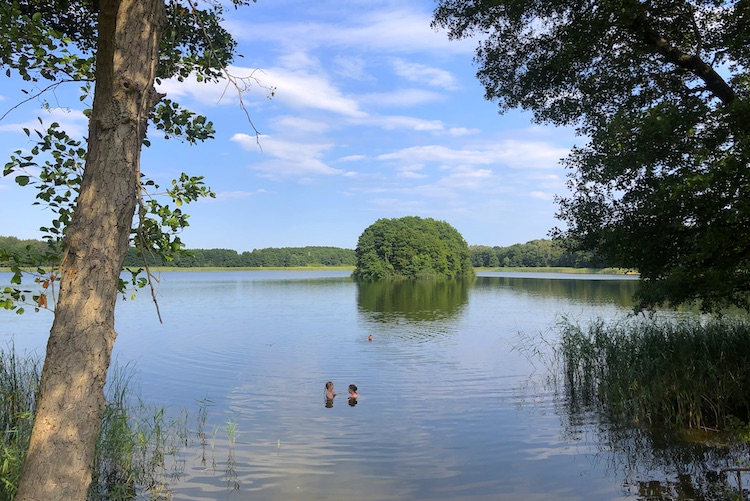 Salchowsee was another beautiful lake with a little island in the center.

I spent my last night in Brandenburg between the big and small Zermittensee. I only swam in the big Zermittensee which was great. 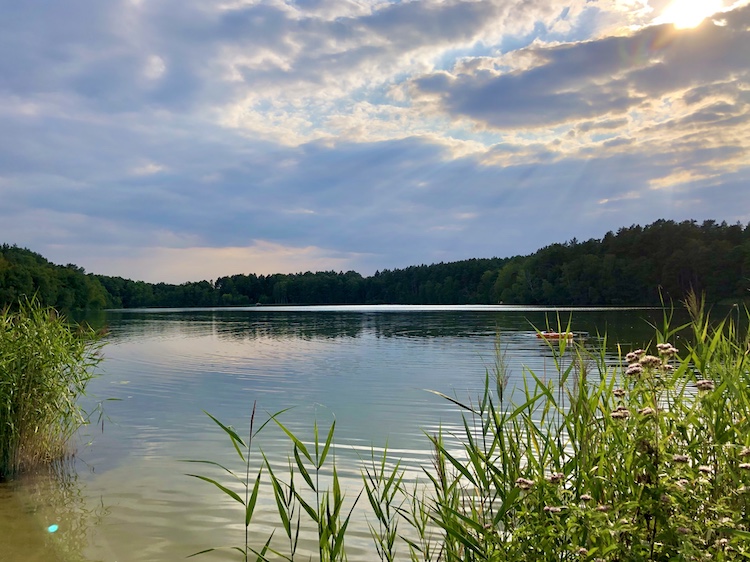 I also saw some people swimming in the small Zermittensee while walking around it. 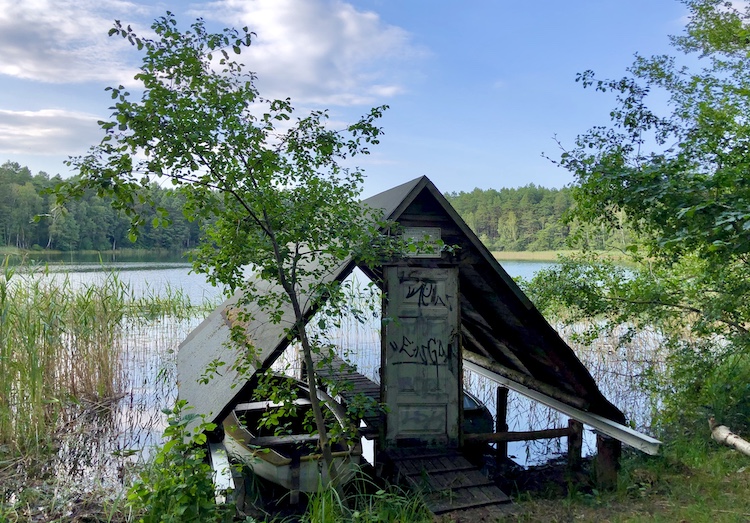 The area was really nice. After enjoying the sunset at the big lake,

I enjoyed a peaceful night in the forest. 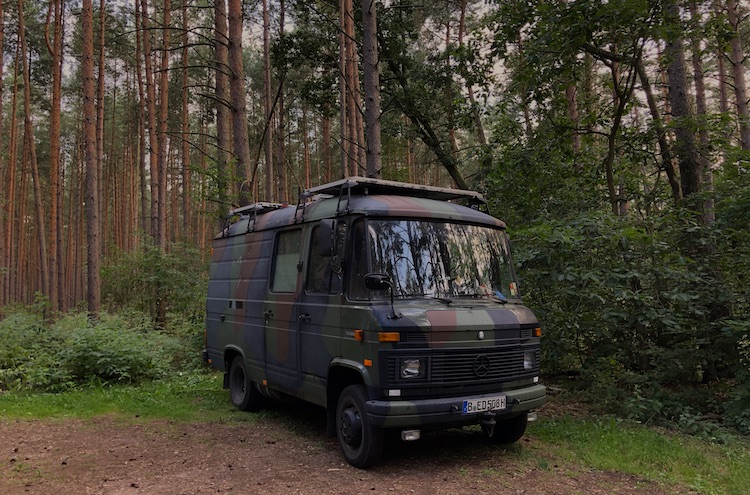 The beach area was nice, but the water was really swallow. I felt like walking forever until I reached deep water where I could swim properly.

After slowly driving all the way from southern to northern Germany, I took a bath in the salty Baltic Sea on Fehmarn, a little island connected to the mainland through a bridge. 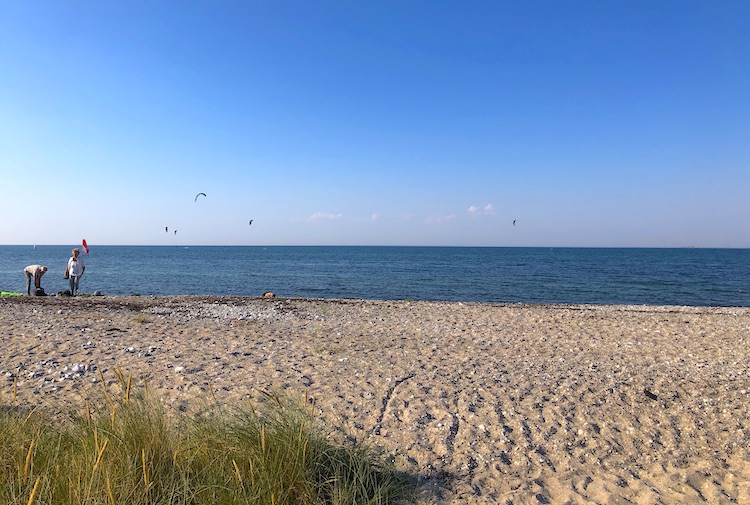 What a great swimming trip!