A part of the left sidewall wasn’t insulated and provided enough space for a fifth window. The previous owner gave me a window similar to the other ones that he never managed to install. It seemed reasonable to install the additional window before applying the wall cladding, so I started the project right away. 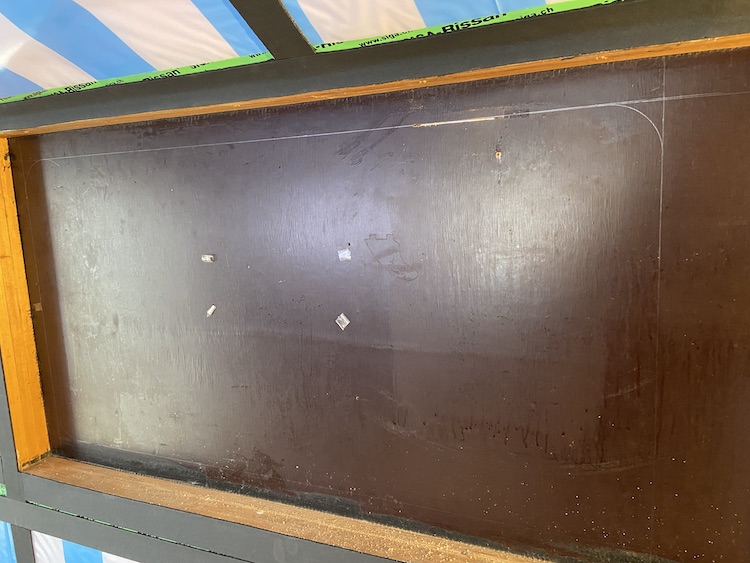 After marking the position of the future window, I cut out the wood with a skill and a jig saw. 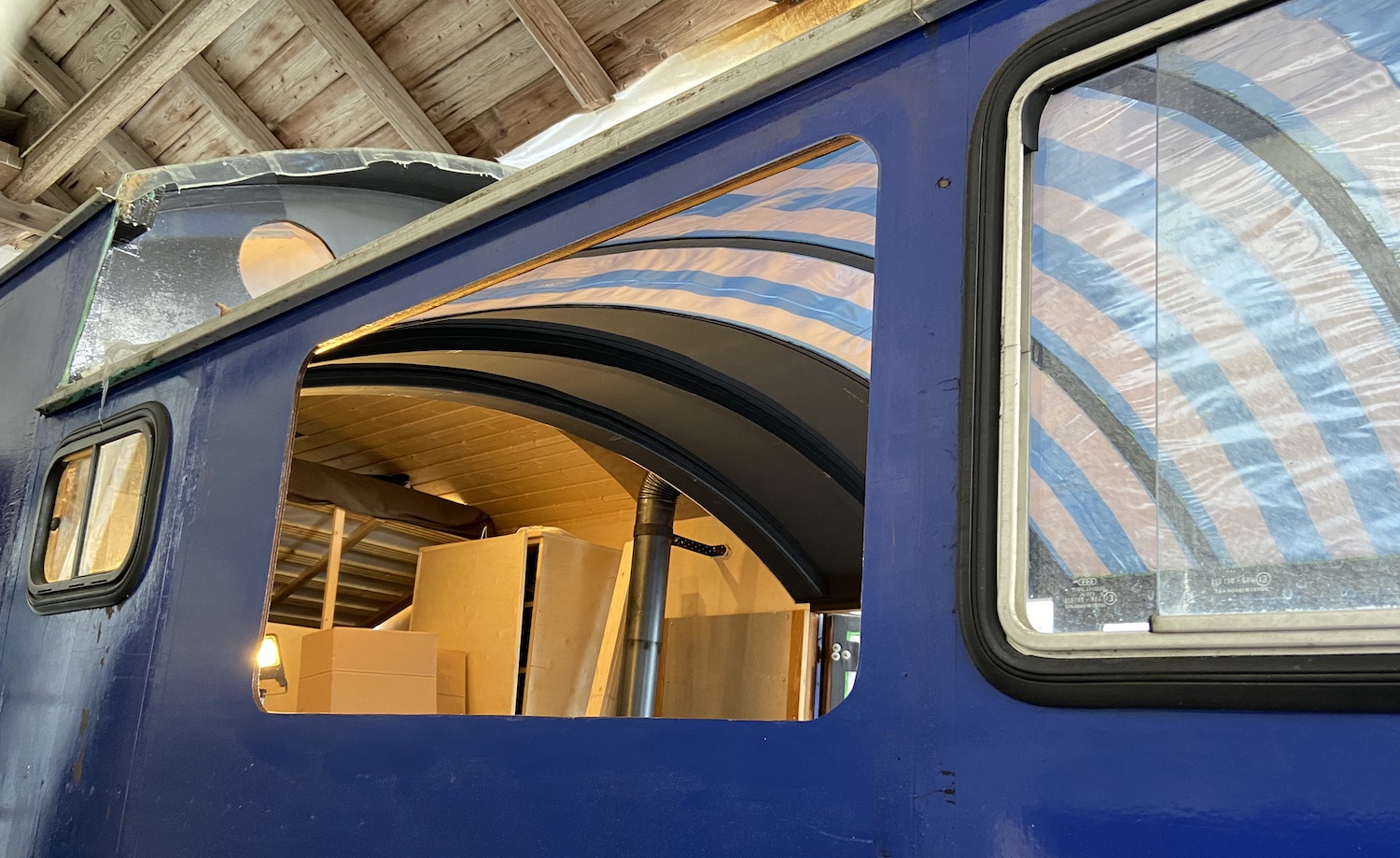 Cutting the hole into the wall went quite well. However, finding a rubber seal that matched with the thickness of the wall and the frame of the window turned out to be very challenging. After browsing through a bunch of catalogs and talking to several companies, I ended up buying a rubber seal that nearly matched the specifications. The rubber seal was meant for a 8mm window and a 4mm wall. My window was 4mm and the wall 8mm, so I had to install the rubber seal the other way around which wasn’t ideal but I didn’t find a better option. 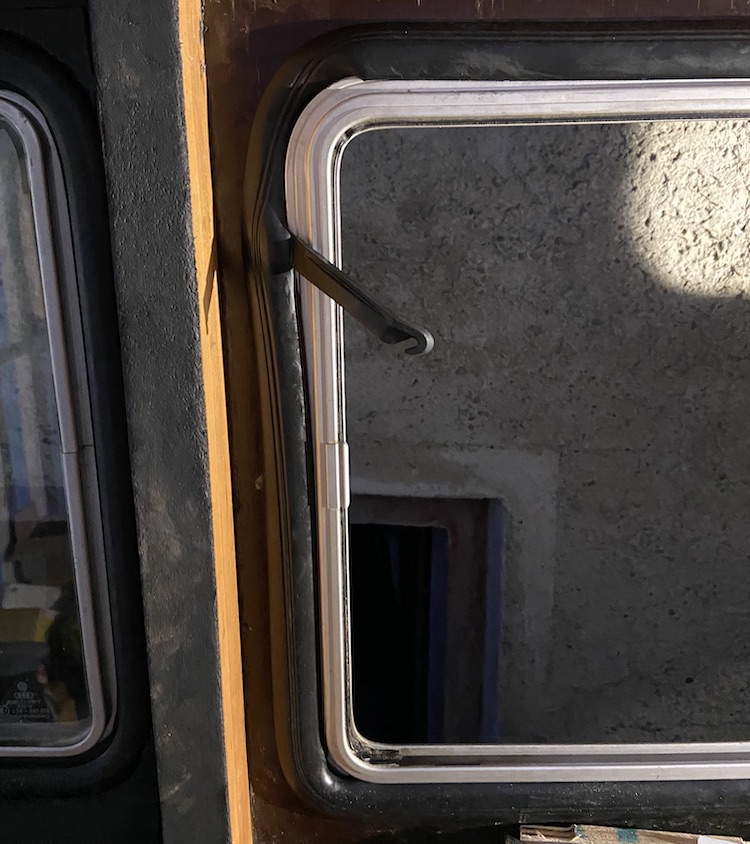 After torturing my fingers for a couple of hours, I finally managed to mount the rubber seal between the wall and the frame of the window. Although I had reached a milestone I wasn’t done, yet. I still had to press a wedge into the seal, to properly fix it. 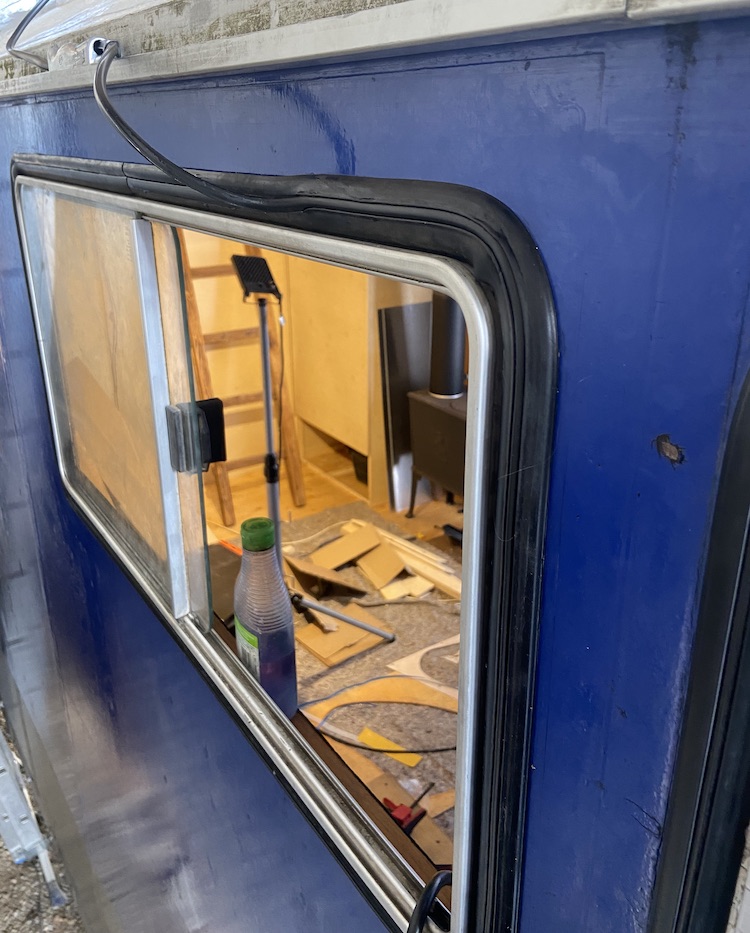 Pressing the wedge with a special tool into the seal was a real nightmare. The temperature was quite cold, so the rubber was less flexible, the fact that the rubber seal was meant to be mounted the other way around didn’t help either. Pressing a few centimeters of the wedge into the seal took several minutes and required a lot of strength. Especially the corners were really tough. I was close to give up, but after more than 12 hours, the wedge was finally pressed into the seal all round the window. 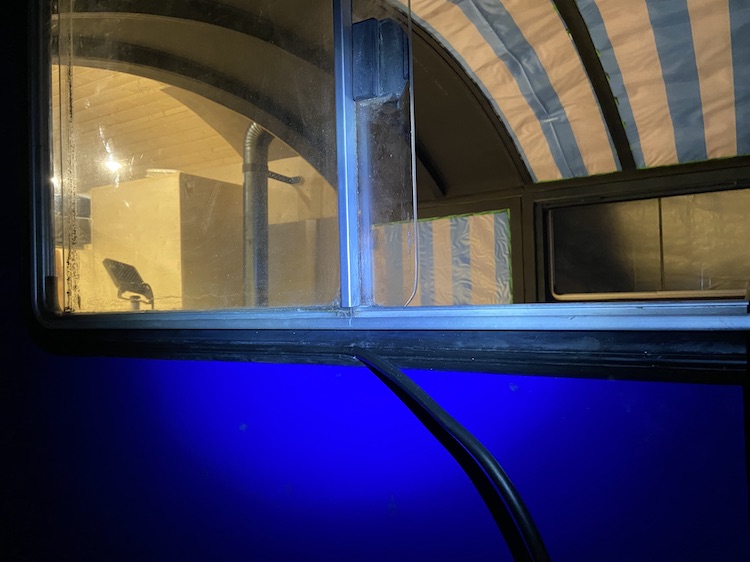 I was so relieved! My fingers hurt a lot but I was really happy that I reached my goal without giving up. 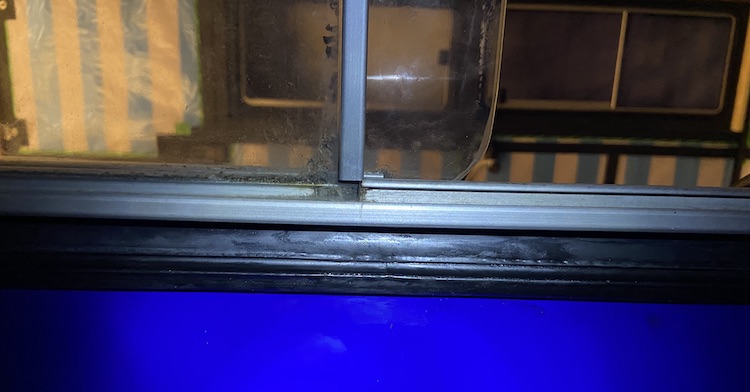 I finally had five windows in the cabin. 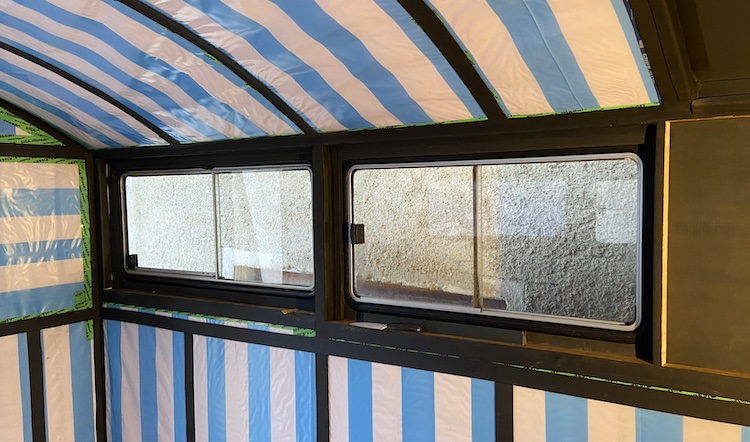 I really liked that there was much more light in the cabin. The additional window really made a difference.